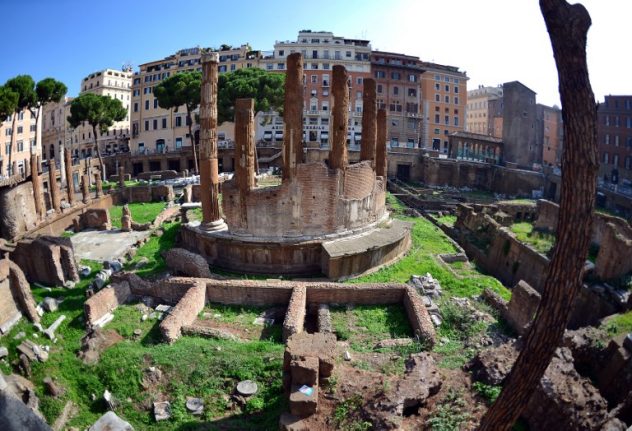 The ancient square, the site where Julius Caesar was murdered, is to get a make-over courtesy of fashion house Bulgari, which plans to spend some €800,000 restoring the ruins to an accessible state.

Currently visitors can only admire the square from above. It is closed to all except a colony of stray cats and the human volunteers who operate a sanctuary for them in the south-west corner. The sacred square once housed four Roman temples and was adjoined by the Theatre of Pompey, Rome's first permanent theatre and the spot where Caesar is believed to have been stabbed.

Off-limits and overgrown, its archaeological remains stacked into piles, the area needs considerable work to make it accessible to the public, including securing the ruins, installing walkways and building public bathrooms.

The restoration should be completed “in the second half of 2021”, Mayor of Rome Virginia Raggi announced on Monday.

There have been other plans in recent years to reopen the square to the public, though none have yet come to fruition.

Nor is it the first time the private sector has stepped in to save Italy's crumbling heritage. Bulgari also funded a €1.5 million restoration of the capital's Spanish Steps, while fellow fashion house Fendi paid for a 16-month clean-up of the Trevi Fountain, and Gucci donated €2 million to spruce up the Boboli Gardens in Florence.

READ ALSO: Florence's 'secret' Vasari corridor to open to the public in 2021

The Torre Argentina cat sanctuary assured that the restoration would not leave the square's feline residents homeless. The repairs will focus on the ruins of temples A, B and C, not temple D where the shelter is located, one of the volunteers wrote on its Facebook page.

“The works will not disturb the historic feline colony, otherwise protected by the laws of the State and the Municipality,” Silvia Zuccheri said, adding that the cats would keep an eye on how the work was going.