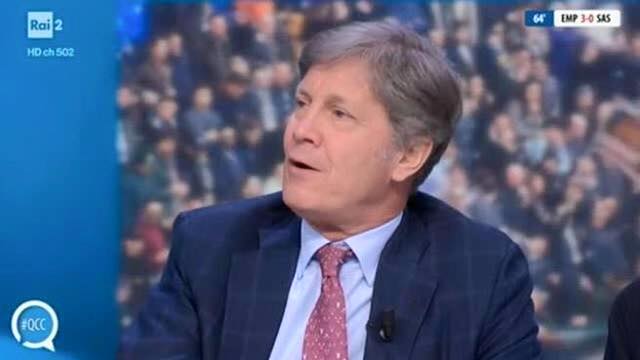 Collovati, a 1982 World Cup winner with Italy, has been suspended from his role as a television pundit after making sexist comments about women and tactics.

Italian national broacaster Rai said it had “suspended Fulvio Collovati from all TV and radio activity until Saturday, March 9” in a statement yesterday.

The suspnsion came after the defender-turned-pundit said women could not “speak about tactics” on Sunday's edition of “Quelli che il calcio”.

“When I hear a woman speak about tactics it turns my stomach;” he said.

“I can't do it. If she talks about the match and how it went, okay. But she can't talk about tactics because a woman doesn't understand like a man,” he said in an outburst that caused embarrassment on the set.

The 61-year-old former AC Milan, Inter and Roma defender subsequently apologised on Twitter, saying he was sorry if his words “had hurt the feelings of women.”

He received the support of his wife Caterina, also a TV presenter.

“Tactics explained by a woman don't convince me. When I presented football shows, I never had the nerve to explain the 4-4-2,” she tweeted.

The comments have been roundly criticised in Italy, notably drawing the ire of those involved at the top level of women's football.

“I would gladly invite him to talk tactics, to see who knows them best. It's a shame that it's someone who has played football at the highest level who is saying these kind of things,” said Patrizia Panico, Italy's record women's goalscorer and cap-holder who is now coach of the country's Under-15 boys team.

Milena Bertolini, who is in charge of the Italy side that will take part at this year's Women's World Cup, spoke of a “primitive mindset”.

“I invite Collovati to watch some women's matches at the top level. He will understand the world has changed,” she added.

Inter Milan captain Regina Baresi, the daughter of former Italy international Giuseppe Baresi and niece of Franco Baresi, another 1982 World Cup champion, said her “stomach had been turning since Sunday”.