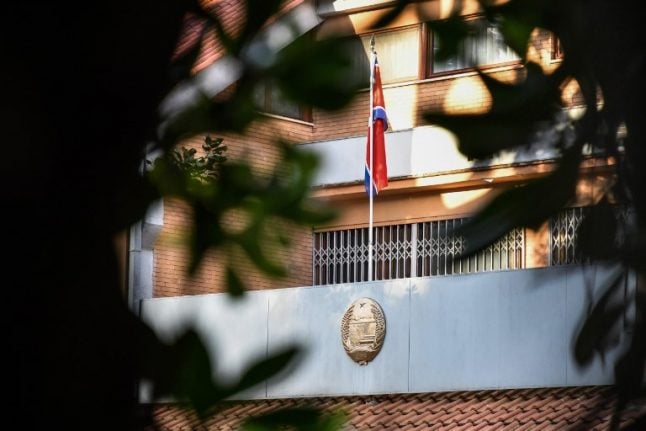 Foreign minister Enzo Moavero said that Rome was looking into accusations made by another North Korean defector that the 17-year-old daughter of acting ambassador Jo Song-Gil was forcibly returned to the authoritarian country after the diplomat fled his post late last year.

Jo and his wife have not been seen since he abruptly left the embassy in Rome in November.

Their daughter, a high-school student, was abducted before she could join her parents, another former diplomat claimed this week.

“I do not know for sure how many children Jo had, but the one who stayed in Italy has been sent back to North Korea,” the country's former deputy ambassador to the UK, Thae Yong-Ho, who defected in 2016, told the South Korean news agency Yonhap on Wednesday.

Kidnapping a minor on Italian soil would be “a case of unprecedented seriousness”, responded deputy foreign minister Manlio Di Stefano, who promised that, if the story were confirmed, “those responsible will pay”. According to Italy's Foreign Ministry, the North Korean government informed it on December 5th that Jo and his wife had left the embassy on November 10th, and that their daughter asked “to return to the country of her grandparents”.

“The Foreign Ministry has no further information on the matter,” it said in a statement on Wednesday. Italy said last month that it had not received a request for asylum from Jo.

The reports prompted Italian lawmakers to call for an explanation from Interior Minister Matteo Salvini, head of the League party that governs in coalition with the Five Star Movement.

“Ask the foreign minister,” Salvini told reporters on Thursday. “I didn't know anything about it… It's a problem of relations between embassies.”

Salvini was criticised in 2014 for praising the “splendid sense of community” in North Korea after a visit to the country, where he likened life under dictator Kim Jong-un to a bygone era in Italy.

Jo's case has drawn comparisons with Italy's deportation of the wife and daughter of a Kazakh dissident in 2013, a move that Rome later acknowledged was illegal. Italian police were accused of carrying out an “extraordinary rendition” after seizing the wife and 6-year-old daughter of banker Mukhtar Ablyazov and flying them back to Kazakhstan without giving them a chance to appeal.

That case earned Italy a rebuke from the UN, a lawsuit for “aggravated kidnapping”, and a confidence vote in the interior minister at the time.