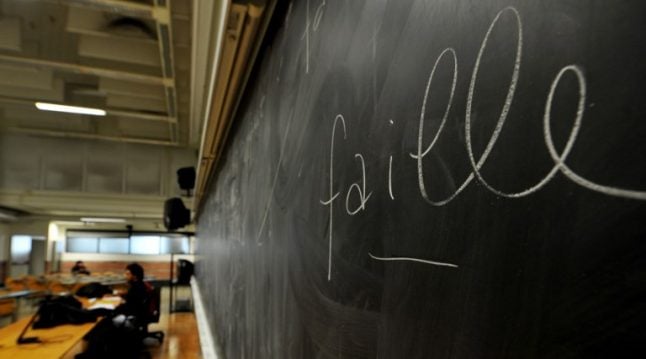 A teacher in Umbria has been suspended for singling out a black student as part of an 'experiment'. Photo: Tiziana Fabi/AFP

Mauro Bocci, 42, was acting as a supply teacher at a primary school in Foligno, in the central region of Umbria, when he called the only black pupil in the class up to the front and told the other children: “Look how ugly he is.”

The incident, which reportedly took place two weeks ago but came to national attention this week when a local member of the leftwing party Sinistra Italiana posted about it on Facebook, was “an experiment” intended to teach the 10- and 11-year-olds about the Holocaust, Bocci claimed.

“With hindsight, it's clear, I wouldn't do it again,” he told the Corriere della Sera. He maintains that his intention was to “provoke a reaction from the class against a clear injustice” and says that he sought the children's agreement beforehand.

The boy's parents, who say their son recounted the incident to them after returning home upset, told the paper that Bocci had also racially abused their daughter, apparently telling her: “You're so ugly that we could call you a monkey.”

Bocci denies carrying out his “experiment” with any other children.

“It's not a social experiment, it's racism,” the boy's father told reporters on Friday, saying that it was the first time his children had encountered such problems in Italy.

Italy's Education Ministry suspended the teacher with immediate effect and local prosecutors have opened an investigation, Repubblica reported on Friday.

The boy's parents, who immigrated to Italy from Nigeria more than a decade ago, said their son reported that his white classmates came and joined him at the front of the classroom in solidarity, telling the teacher that there was no difference between them. (According to Bocci, that means the “test” was a success.) Observers have expressed concerns that racist hate speech is on the rise in Italy, where migration has become a deeply divisive issue. The United Nations has warned of “a climate of hatred and discrimination” stoked by politicians who use openly xenophobic rhetoric.

The Foligno incident came to light in the same week that racist graffiti was discovered on the home of a young Senegalese man in Melegnano, Lombardy. “Kill the n****r” was written in dialect, along with a swastika, on the wall of a house where Bakary Dandio, 21, lives with an Italian couple who adopted him several years ago.

“This is the first incident of its kind in my son's life,” commented Dandio's mother, Angela Bedoni, “but perhaps that's because today's climate is not the one there was three years ago.”

PARTNER CONTENT
How to work in an international team
Url copied to clipboard!