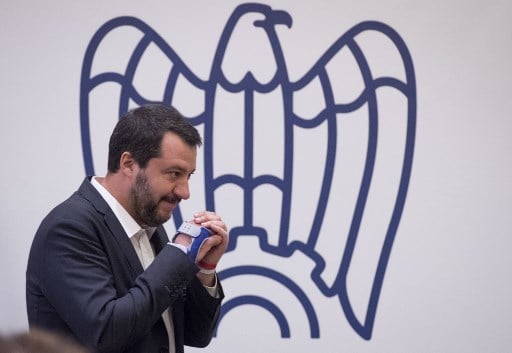 No illegal funding “has arrived nor will arrive at the League” he told local media.

“There is no money in Luxembourg, or the Caymans or in Switzerlan,” he went on. “There are no roubles or yen or barrels of oil”.

Italian opposition politicians demanded an urgent explanation from the government after the allegations of Russian funding surfaced last week.

Russia allegedly offered Italy's far-right League party millions of euros to help fund campaigning ahead of the European Parliament (EP) elections in May, according to reports in Italian weekly news magazine L'Espresso. Salvini was in talks with Russian businesspeople close to the Kremlin to secure funding through a petrolium export deal, according to L'Espresso.

Under the arrangement, millions of euros’ worth of diesel would  be sold to an Italian company by a Russian firm “close to the Kremlin” and the profits diverted to the League, the weekly reported.

The claims are based on research for a forthcoming book, The Black Book of the League, by two of the magazine’s journalists.

The authors admit they have no evidence that the deal was ever executed, but claim it was being negotiated at a meeting at a Moscow hotel in October 2018.

The meeting is alleged to have taken place on the same day Salvini was in Moscow for an Italian business convention, during which he famously said he felt “more at home” in Russia than in many European countries and slammed EU sanctions against Russia as “economic, social and cultural madness”.

It's not the first time questions have been asked about the relationship between the Kremlin and the League, which last year formed a coalition government with the populist Five Star Movement.

The League has been developing ties with Russia since 2013, and in 2017 it signed a cooperation deal with the ruling United Russia party.

Salvini, who is famously an admirer of Russian President Vladimir Putin, has travelled to Russia on multiple occasions and regularly shares pro-Russia posts on his social media accounts.

He has repeatedly rejected allegations of Russian meddling in Western democratic processes, including in the last Italian election.

Since coming to power, the League-Five Star government has repeatedly called to de-escalate tensions with Russia and end all EU sanctions against Moscow put in place since the 2014 Ukraine crisis.