Pope Francis announced on Monday that the Vatican will open the secret archives of the wartime pontiff Pius XII in March next year, which could shed light on why the Catholic Church failed to intervene more against the Holocaust.

Researchers have long sought to examine the archives to discover why Pius XII, who was pontiff from 1939 to 1958, did not intervene more against the Holocaust perpetrated by the German Nazis, an attitude denounced as a form of passive complicity.

“I have decided that the opening of the Vatican Archives for the Pontificate of Pius XII will take place on March 2nd 2020,” the pope said. The date is the 81st anniversary of the election of Eugenio Pacelli to the papacy.

“The Church is not afraid of history,” added Francis, recalling that Pius XII found himself as head of the Roman Catholic Church “at one of the saddest and darkest moments of the 20th century”. 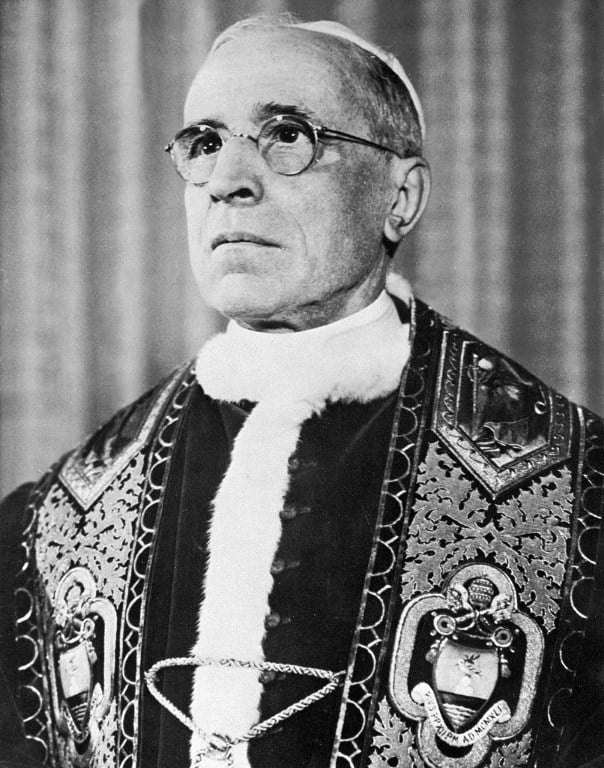 Francis said he made the decision understanding that serious historical research will evaluate “in a fair light, with appropriate criticism the moments of exaltation of this pope and, no doubt also moments of serious difficulties, tormenting decisions, and Christian and humane care”.

For many historians, Pius XII could have condemned more forcefully the massacre of Jews by the Nazis, but he didn't do it out of diplomatic caution and in order not to put Catholics in danger in occupied Europe.

The Vatican was officially neutral during the war. Other historians point out that Pius XII saved tens of thousands of Italian Jews by ordering convents to open their doors to take them in.

Yad Vashem — The World Holocaust Remembrance Centre in Jerusalem — said it “commends” the decision, “which will enable objective and open research as well as comprehensive discourse on issues related to the conduct of the Vatican in particular, and the Catholic Church in general, during the Holocaust”.

It said it “expects that researchers will be granted full access to all documents stored in the archives”.

In 2012, the centre changed the caption on Pius XII in its museum, saying his reaction during the Holocaust continues to be a “matter of controversy among scholars”.

According to Vatican Archives head Bishop Sergio Pagano, preparations to make the documents public began under Francis's predecessor Benedict XVI in 2006. The Holy See hoped everything would be ready by 2015, but the amount of documents and a lack of staff pushed that deadline back, he told Vatican newspaper L'Osservatore Romano.

Pagano said the painstaking work of archiving “a crucial period for the Church and for the world” will allow historians to discover a “superhuman work of Christian humanism”.
Francis said in studying the archives the wartime pope's decisions may appear to some as “reticence” and were instead attempts “to maintain, in times of the deepest darkness and cruelty, the small flame of humanitarian initiatives, of hidden but active diplomacy”.
In a 2014 interview the Argentine pontiff turned the spotlight away from the Vatican, saying that the Allies “had photographs of the railway routes that the trains took to the concentration camps… Tell me, why didn't they bomb” them?
And in a separate interview he described how Pius XII hid Jews in the Castel Gandolfo summer papal palace near Rome. “There, in the pope's room, on his very bed, 42 babies were born, Jewish children and of other persecuted people who were sheltered there,” he said.

The perception of wartime passivity was in part fostered by a play, The Vicar by German playwright Rolf Hochhuth in 1963, which was later adapted by Greek director Costa-Gavras in the 2002 film Amen, which did much to damage Pius XII's image on the issue.