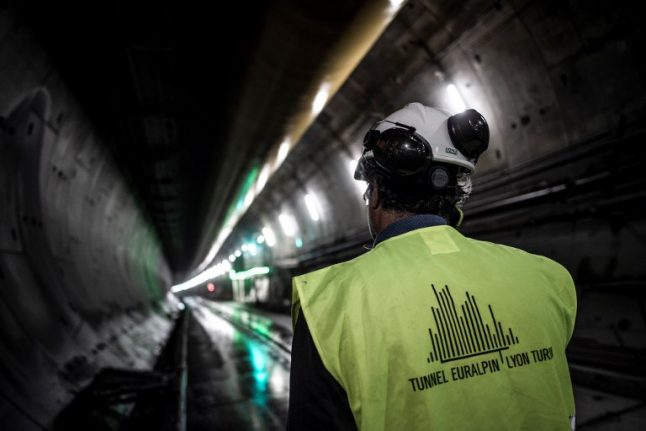 Work on the TAV tunnel under the Alps has already begun. Photo: Marco Bertorello/AFP

“As far as the TAV [high-speed train] goes, we are nearing the finish line… I think a decision will be made by Friday,” Conte told media following a high-level cabinet meeting on the matter.

The line between Turin and Lyon has become a key battleground for Italy's coalition government, with the nationalist League party led by Matteo Salvini backing the project, while its coalition partner, Luigi Di Maio's anti-establishment Five Star Movement, considers it to be a misuse of public funds. Their differences on the issue have been tamped down because neither wants an ensuing crisis to topple the government.

France supports the rail link, as does the European Union, which has already provided hundreds of millions of euros in funding to the project. “I can guarantee that we will make a decision aimed at protecting the national interest,” Conte said Tuesday, adding that no meetings with French officials were planned in the coming days. Last week Italian Finance Minister Giovanni Tria said there had been a “positive evolution” within the Italian cabinet regarding the project, after meeting with his French counterpart Bruno Le Maire.

The key element is a tunnel that would run for 57.5 kilometres beneath the Alps at an estimated cost of €8.6 billion, part of which has already been dug. The high-speed line would halve the travel time between Turin and Lyon to just two hours, and make it possible to travel from Milan to Paris in just over four hours, down from almost seven.

Proponents of the line, launched nearly 20 years ago and officially scheduled for completion in 2025, argue that it would rid the roads of a million trucks and avert three million tonnes of greenhouse gas emissions each year.

But a contested report commissioned by the Italian government released last month said the train line and tunnel would be “very negatively profitable“, losing €7 billion up to 2059. However, the composition of the commission and the methodology used have since come in for sharp criticism.