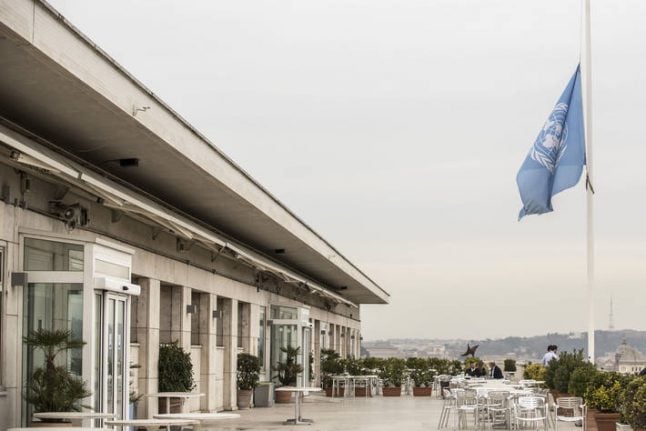 In memory of those who died, the United Nations flag flies at half-mast at FAO's Rome headquarters. Photo: UN/FAO

Flags are flying at half mast at the Rome offices of United Nations agencies today as they mourn colleagues killed in the Ethiopian Airlines disaster.

There were 19 UN personnel aboard Ethiopian Airlines flight 302 which crashed shortly after taking off from Addis Ababa yesterday, killing all 149 passengers and eight crew on board.

Seven of the victims were working for the World Food Program (WFP) and one was working for the Food and Agriculture Organization (FAO), the UN agencies stated following the crash.

Among the first victims to be named were Joanna Toole, a 36 year old British employee of the FAO in Rome, and Michael Ryan, an Irish citizen who worked for WFP, a spokesperson for the agency has confirmed. The UN reported a total of 19 employees among the victims, including Italians Virginia Chimenti, 26, and Maria Pilar Buzzetti, 30.

UN Secretary-General António Guterres said in a statement that he was “deeply saddened at the tragic loss of lives.”

The UN is in contact with the Ethiopian authorities and “working closely with them to establish the details of United Nations personnel who lost their lives in this tragedy” the Secretary-General stated.

WFP Director General David Beasley stated: “Today is a profoundly sad one for the World Food Programme, as we are in mourning for the seven WFP staff members who lost their lives this morning in the Ethiopian Airlines tragedy.”

The WFP family mourns today — @WFP staff were among those aboard the Ethiopian Airlines flight. We will do all that is humanly possible to help the families at this painful time. Please keep them in your thoughts and prayers.

Deeply saddened by the news this morning of the plane crash in Ethiopia, claiming the lives of all on board. My heartfelt condolences to the families and loved ones of all the victims — including our own @UN staff — who perished in this tragedy.

On social media Rome-based colleagues, friends, and officials paid tributes to the UN 'heroes' who lost their lives in the disaster.

So profoundly sad and lost for words at the loss of our wonderful @FAOfish officer @JoannaToole, who was on her way to represent @faofish at the #UNEA meeting in Nairobi on #ET302. A wonderful human being, who loved her work with a passion. Our love to her family and loved ones pic.twitter.com/6fjE3cNEhI

We join in mourning for those lost on Ethiopian Airways Flight 302 & offer deepest condolences to families & loved ones affected, particularly those of ??citizen Michael Ryan of @WFP & of ??citizen @JoannaToole of @FAO, partner of our own colleague @IrlEmbRome Paul Kiernan. RIP

I mourn with our colleagues at the UN's Rome-based agencies who lost friends in the Ethiopian Airlines crash. Multiple members of both the World Food Program and Food and Agriculture Organization were on board. In total 19 UN members were on board. Tragic. https://t.co/wh3USmnEtw

The flight route from Addis Ababa, Ethiopia’s capital, to Nairobi, Kenya, is sometimes referred to as a “UN shuttle” because the organisation's staff use it so frequently.

The number of staff from the UN and other aid agencies was particularly high on Sunday as many passengers were en route to the United Nations environment assembly in Nairobi.

The cause of the disaster remains unclear. The pilot had reported difficulties and had asked to return to Addis Ababa, the airline stated, before reportedly losing contact with the control tower six minutes into the flight. Workers remove wreckage from the site of the crash site of the Nairobi-bound Ethiopian Airlines flight, some 60 kilometres southeast of Addis Ababa, Ethiopia. Photo: Michael Tewelde/AFP 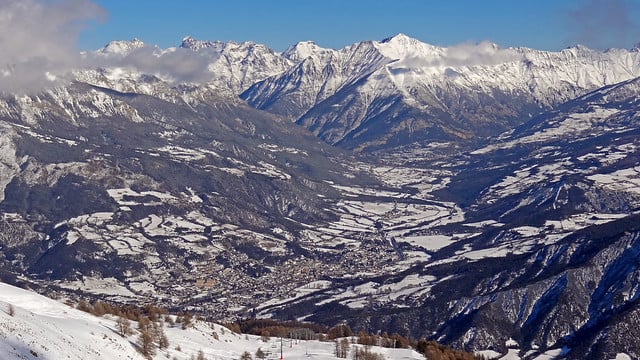 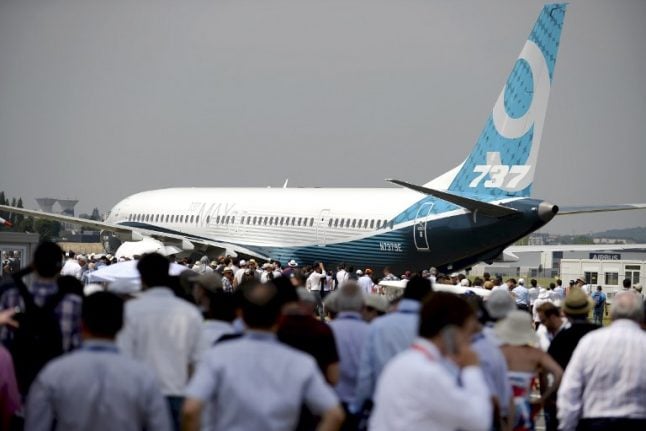