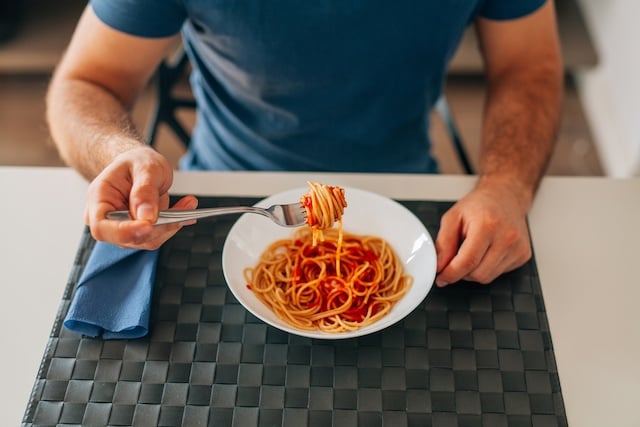 One of the first lessons I learned on my first trip to Italy, in Bologna, was that the dish named after that city and eaten around the world was in fact nothing to do with Italian cuisine. Recently the local mayor joined the campaign against the dish, calling spaghetti bolognese “fake news” and inviting Italians to send in photos of spaghetti bolognese from around the world, apparently for ridicule.

I have to disagree with the mayor. Food, just like language and all aspects of culture, changes naturally over time and across borders. That’s true within Italy, if you consider the many regional dialects and cuisines, and of course it’s true when you look further afield.

Sure, there’s one official ‘authentic’ ragu recipe, registered as such by the Italian Academy of Cuisine in 1982. I have no doubt it’s delicious. But even this is different from earlier recorded recipes and from those used in many restaurants and homes across the region and country.

Similarly, the Standard Italian language found in formal communication and textbooks, derived from the 13th-century Florentine dialect, is different from the dialects spoken in different Italian regions (even modern Florentine) and by the Italian diaspora around the globe.

Food and language are determined by the people who use and consume them, rather than by any decree from above. You can set a standard, but there’s rarely a binary right and wrong.

Spaghetti bolognese is simply different to ragù alla bolognese, which requires the sauce to be cooked slowly and without the common international additions like chopped tomatoes, carrots and garlic.

You can argue that spaghetti is a sub-optimum accompaniment; tagliatelle or other ribbon-style pastas are preferred in Italy because they can easily pick up the meat. You can certainly claim that spaghetti bolognese is sometimes cooked badly, although that must be the case with most recipes and certainly with one so popular.

But sometimes a recipe isn’t chosen because the ingredients are a natural match for each other on paper or because the method of cooking brings out the best possible flavour. Food and cooking is also about convenience, availability of ingredients, and whatever strange thing you might be craving at the time.

A deep love of food shines through the Italian language, in which children aren’t ‘good as gold’ but ‘good as bread’ and many terms of endearment come from food words, whereas an unsuccessfully revived love affair can be described as cavoli riscaldati or ‘reheated cabbage’. And even if you dislike the way the Brits, Germans or Americans prepare their bolognese, you can’t deny that it’s a beloved meal, which in my opinion makes it worthy of celebration.

To describe it as ‘fake news’ is nonsensical. Life in the modern world means cultural exchange between countries: borrowing words, recipes and much more. Things can get lost, but also gained, in translation. This also happens with loan words, terms incorporated from other languages, which often change their meaning slightly after making the journey. Many Italian loan words in English relate to food, a testament to the love for Italian cuisine.

Take the panini for example — when I first learned Italian, I remember thinking we were using the word incorrectly in English, since panini is the Italian plural. But the English panini is a completely different beast to the Italian panino. A panino is a bread roll or sandwich, hot or cold, whereas a panini is a grilled sandwich, which has adopted the English ‘s’ plural. Both the recipe and the word used to describe it have changed a little.

It’s not a one-way street. The Italian language has borrowed, and then changed the meaning of, multiple English words: golf, spot, footing, and so on. The Accademia della Crusca regularly warns of the encroachment of the English language on Italian, but in the end, many of the Italian alternatives they suggest end up sounding stilted and Anglicisms pepper Italian speech.

Italy has also borrowed and adapted English recipes, at least in one case: zuppa inglese, another recipe from the Emilia-Romagna region. Literally translating as ‘English soup’, it’s a dish you’d never see in England. The custard and sponge layered dessert likely comes from an attempt to recreate trifle, which ended up far from the original but beloved in the new country. Not so unlike the history of bolognese. Spaghetti bolognese was probably brought abroad by Italians who emigrated, perhaps bringing with them only one sort of pasta and needing to work with new ingredients. Italian-American food is a fusion cuisine in its own right, and a very rich one. See also: spaghetti with meatballs, fettuccine alfredo, and America’s ‘Italian bread’.

Since moving to Sweden three years ago, I’ve observed even more severe crimes against Italian food than spag bol — or so I initially thought. Kebab pizza (drizzled with mayonnaise) and banana chicken curry pizza (yep) are regulars on Swedish menus. But when I’ve asked Italians living in Stockholm for their opinions on these dishes, they’ve been surprisingly relaxed, simply telling me that Swedish pizza is completely different from Italian pizza and there’s a time and a place for both (in the case of kebab pizza, the time and place being on the way home from a night out drinking).

In fact, it’s often Italophiles rather than native Italians who are the most protective of Italy’s culinary traditions. There are great intentions behind this. Food is undeniably important to Italian culture, and eating, enjoying, and defending the local cuisine is a way of showing assimilation and respect even if you still feel you’re seen as a foreigner.

But many of the food rules don’t exist outside pretentious eateries, and we can all be more forgiving towards people trying to navigate an unfamiliar culture. Lots of people visit Italy terrified of making a foodie faux pas, but in my experience most Italians won’t mind if you order an atypical combination of foods or drink cappuccino after 11am, as long as you’re appreciative of what they serve you.

The global love for spaghetti bolognese could be a great opportunity for Bologna to attract more culinary tourism, and in the past, marketing chiefs have actually said they’d like to capitalize on the dish’s popularity to raise awareness of their region. The dish could be used to pique curiosity about Bologna and its traditions, but instead it’s used to make people feel inferior. Telling someone that a dish they love is ‘wrong’ is only going to embarrass them and put them off future efforts to engage. Snobbery (or snobismo, to use an Italian loan word) is not a good look.

I’d still advise against ordering spaghetti bolognese at restaurants in Italy, as it’s usually a giveaway of a tourist trap. But if you’re anywhere else in the world, it’s worth keeping an open mind and approaching it not as a less worthy version of ragù but as a globally beloved dish in its own right.

READ ALSO: The words and phrases you need to decipher Italian restaurant menus 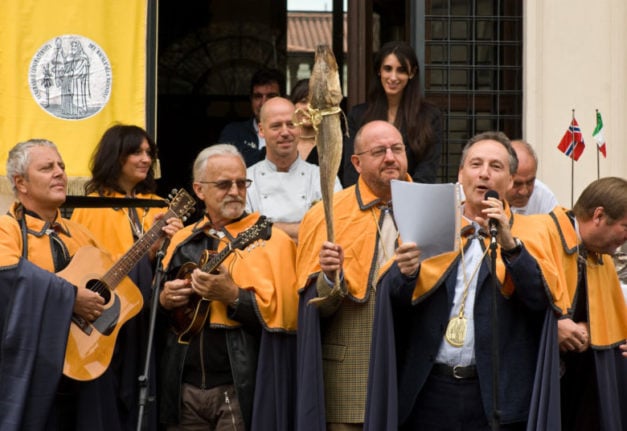