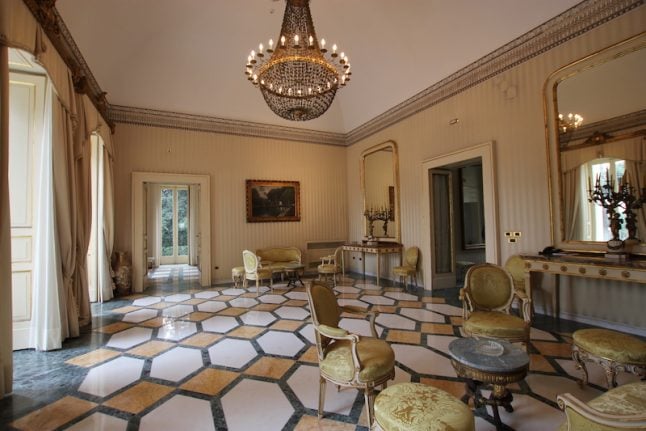 Villa Rosebery, one of the Italian president's residences, is among 1,100 sites opening their doors to the public this weekend. Photo: FAI

This weekend Italy's National Trust, FAI, is inviting the public to venture off the beaten path and discover the country's lesser-known cultural treasures – from castles and palaces to villas and gardens, bell towers to libraries, theatres, hospitals and even ships.

Some 1,100 sites across the country will open exceptionally as part of the Giornate FAI ('FAI Days'), a twice-annual initiative that offers tourists and locals alike a rare glimpse of Italy's hidden gems.

This weekend's edition is designed to celebrate Italy's rich history of diversity and cultural exchange.

“Our country is an amalgam of precious metals, of native, foreign or even exotic origins,” said FAI President Andrea Carandini, who called Italy one of the world's greatest melting pots.

In that spirit, non-Italian guides will for the first time be on hand to offer tours in multiple languages, from English to Hindi to Russian to Arabic. Around 100 foreign guides will participate alongside 40,000 Italian volunteers.

Many of the sites have been selected to showcase the wealth on foreign influences on Italy, including a walled Sicilian garden designed in the Arab style, a scientific library in Brescia filled with manuscripts in Latin, Greek and Arabic, the Egypt-inspired frescoes adorning a royal castle in Turin, or a Dalmatian fraternity house that testifies to the close historical ties between Venice and the Balkans. Other highlights include the Palazzo della Rovere, a richly decorated 15th-century palace where the Knights of the Holy Sepulchre have their headquarters, and the home of Italy's Constitutional Court, both in Rome.

In Milan, the Melegnano castle built by the Medici family will open its east wing, filled with frescos and usually kept closed. City hall's offices in Palazzo Isimbardi will also be open to visitors.

Florence is offering tours of its football stadium, home of ACF Fiorentina, as well the San Salvi former psychiatric hospital.

In Naples, visitors will have the chance to explore Virgil's tomb or the seaside residence of the Italian president, Villa Rosebery.

In La Spezia, meanwhile, visitors can climb aboard two ships: the Italia, one of the world's largest sailing ships, or the Carlo Bergamini, a guided-missile frigate. Robes at the Constitutional Court in Rome. Photo: FAI

You'll find a full list of sites and opening times on FAI's website. Some sites are reserved for members of FAI only (details of how to join here). Entry in all cases is free, but visitors are encouraged to make a voluntary donation of at least €3.