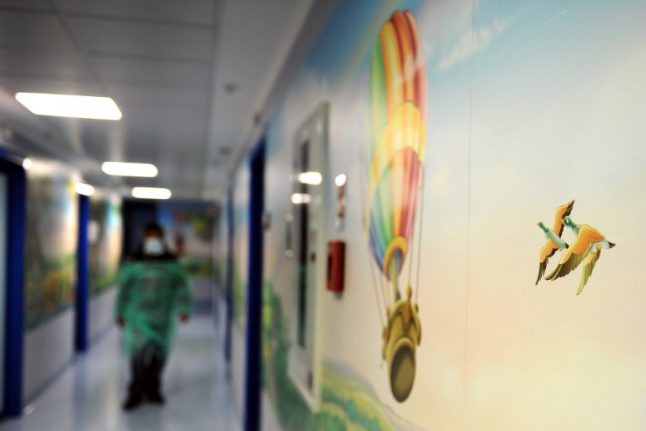 Italian are healthier than Americans by pretty much every measure. Photo: Gabriel Bouys/AFP

As the old joke goes, European heaven is where the policemen are English, the cooks French, the bankers Swiss, the post office German, and the lovers Italian. European hell is where the policemen are German, the cooks English, the bankers French, the post office Italian, and the lovers Swiss.

With the future of American healthcare under fierce debate, it’s time to contemplate what can be learned from the Italian experience. The Italian healthcare landscape includes crumbling hospitals, doctors trained on books rather than patients, and per capita spending one-third that of the United States. And Americans like to say their medical care is the best in the world, while Italians consider their National Health Service to be hopelessly dysfunctional. (In 2000 the World Health Organization ranked the Italian system second-best on the planet. But that stellar rating was based solely on equality of access on the one hand and health outcomes such as life expectancy on the other, ignoring any on-the-ground realities in between: waiting times, emergency room efficiency, surgical statistics, etc.)

But here’s the rub: Italians are much healthier than Americans in terms of everything from overall health longevity, infant mortality, obesity, cancer, diabetes, suicide, drug overdoses, homicides, and disability rates. On many of those measures, they beat out the UK as well.

How on earth do they do it?

First of all, universal access to medical care. During the year before the Affordable Care Act kicked in, one in six non-elderly American adults had no medical insurance at all, and a giddying 44 percent of all Americans were uninsured or underinsured at some point. Many year-abroad college students coming to Italy used to get coverage for the first time in their lives – I remember performing a first Pap smear on a 35-year-old woman who had been sexually active since age 15.

Even in late 2016, the peak of Obamacare’s success, 10.9 percent of Americans had no insurance at all, and that rate has since risen to 13.7 percent under the Trump administration. In Italy, a National Health System funded by taxes and based on the British model succeeds in providing everybody with doctors’ visits, medications, testing, and hospital care at virtually no out-of-pocket cost.

Even if you venture outside the National Health Service to private doctors and hospitals, Italian healthcare is far less expensive. In the US the big players can charge whatever they want, so there are emergency rooms that demand the equivalent of €1,770 just to walk in the door and drug companies that charge €780 for two pills to rid your child of pinworms.

In Italy prices are kept down by hard bargaining – emergency room care is free for serious cases, those deworming pills cost one euro total, and even the classiest private hospital is unlikely to run more than €500 a night. Italians, who rarely toss in more than a co-pay of a few euros, have been shown to be 60 percent more likely than Americans to take their medications as ordered. Italians’ health also benefits from a more uniform distribution of income and wealth, which has repeatedly been shown to improve health outcomes. In the US, the world’s most unequal country, the average income of the top 10 percent is 19 times the average income in the bottom 10 percent; in Italy that ratio is only 11 to one, with the UK halfway in between.

And Italian labour laws ensure that new parents can take time off to bond with their children without losing their job, sick people don’t have to drag themselves back to work prematurely, and retirement doesn’t equal poverty.

The salubrious Italian lifestyle does the rest. Even educated, insured, well-off Americans are sicker than their peers in other rich nations. The local version of the Mediterranean diet may be the healthiest in the world – rich in fruits and vegetables, low in animal fats. And it’s low on snacks and desserts as well, so only 10 percent of Italians are obese, compared with 27 percent of Brits and a whopping 38 percent of Americans.

Their glass or two a day of wine is good for the heart, while they avoid alcoholism and hard drugs. They may love zipping around in their cars, but they’re still close enough to their peasant roots to consider walking the default way of getting from one place to another. Close-knit families provide a buffer against both social isolation and penury. Okay, too many Italians still smoke (22 percent of adults, versus 15 percent in the US and 20 percent in the UK), but nobody’s perfect. So how can we become as healthy as Italians?

First of all: learn to live all’italiana. Copy their renowned diet, slim down, drink alcohol regularly but in moderation, use your feet instead of your car, stop packing pistols, lose the opiates, the coke, and the crystal meth.

Secondly: reduce income inequality. The most effective means for Americans to reduce mortality would arguably be to give stipends to the poor, shrink the gap between high and low incomes, raise pensions and minimum wages so they’re high enough to live on, and fix the tax structure to favour the 99 percent. And why not redistribute lifestyle too? Give working stiffs the same freedom to have kids (maternity leave), convalesce (sick leave), and relax (proper vacations) as the rich.

Thirdly: make sure everyone has access to affordable healthcare.

In practice there’s limited hope for Italian lessons one and two – the United States and the UK are not about to revolutionize their economic structure in the near future, and they have been taking only baby steps to improve their lifestyle.

But lesson number three, learned long ago by every developed country except the US, is feasible, and soon. America can, like Italy and the UK, provide universal access to treatment and medications, with minimal point-of-service payments and with prices kept down by government negotiation. Financial arrangements could be single-payer like Medicare or use private insurance companies as intermediaries as in Switzerland, without needing to copy the full Italian model of doctors on government salaries.

Americans will no longer stand for leaving vast numbers of the population uninsured, or denying medical coverage to people whose only sin is to be sick. A solid majority now tell pollsters it’s government’s job to ensure everyone is covered. The healthcare genie can’t be put back in the bottle, and the Italian experience can help us tame it.

Susan Levenstein is an American doctor who has been practicing in Italy for the past 40 years. A version of this essay will appear as a chapter in her forthcoming book, Dottoressa: An American Doctor in Rome (Paul Dry Books, 2019).

HEALTH
WHO says European festivals should go ahead despite monkeypox risk
Url copied to clipboard!