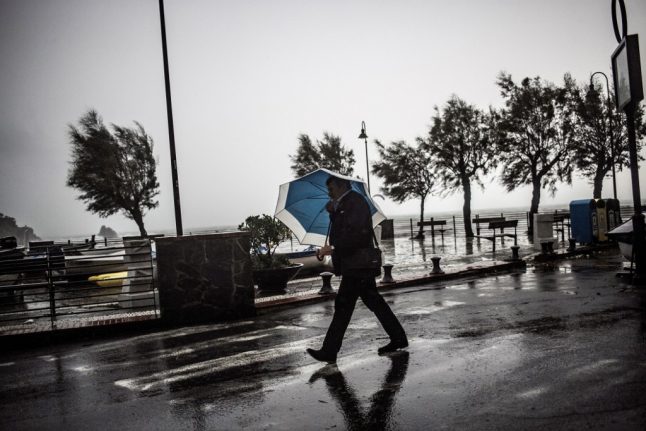 Thanks to an approaching vortex of low-pressure air, temperatures are expected to drop by as much as 8-10 degrees in some parts of Italy, with pretty much everywhere feeling noticeably chillier from Wednesday.

READ ALSO: These are the towns with the best weather in Italy

The worst of the weather will be concentrated in the north, where heavy rain and thunderstorms are forecast throughout the next two days. Venice is braced for a return of acqua alta ('high water'), with visitors warned to prepare for a metre of water underfoot.

Snow will even return to the Italian Alps, with more than 100 centimetres predicted in some parts. The Apennines could get a dusting too, though no more than a few centimetres. Strong winds and rain are also forecast for central and southern Italy, starting with showers in Tuscany, Umbria, Lazio, Campania and Sardinia that will get heavier on Thursday.

Meanwhile winds of more than 50 kilometres/hour will batter the length of Italy's east and west coasts. Italy's Civil Protection Department placed the coast of Lazio, the region around Rome, on yellow (medium) alert on Wednesday.

By Friday the clouds will have moved to the south of Italy, but the whole country can expect unsettled weather again over the weekend.

The change is especially brutal since Italy has been enjoying an exceptionally warm spring, with temperatures climbing above 20 degrees in Rome as early as February.

READ ALSO: Rome just had its hottest February since 1862