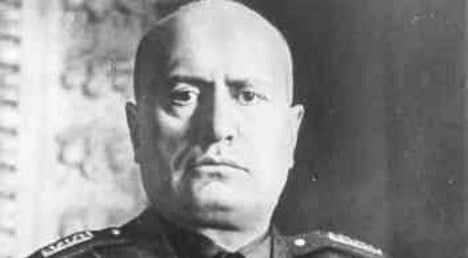 The ideology of dictator Benito Mussolini is still surprisingly popular - and tolerated - in Italy. Photo: Vituzzu/Wikicommons.

“So many people want to put Mussolini on the ballot,” the paper quoted him as saying.

Italy could now end up with two Mussolinis in the European Parliament.

Caio Giulio Cesare is the first cousin once removed of Alessandra Mussolini, the dead fascist leader's granddaughter who has been an MEP since 2014.

Born in Argentina, Mussolini has no previous political experience but “obviously I've breathed politics my whole life,” he told the daily.

He described himself to Il Fatto Quotidiano as “a post-fascist who refers to those values in a non-ideological way”.

He said he thought he was chosen as a candidate not for his family name but for his first names, the Italian form of “Gaius Julius Caesar”, as well as his sense of duty and international experience.

If elected, he said he would “defend the national interest with all my actions and votes”, in line with the nationalist stance of Fratelli d'Italia.

The party won 4.4 percent of votes in last year's Italian national election, in which is ran as part of a right-wing bloc alongside Matteo Salvini's League party and Silvio Berlusconi's Forza Italia.