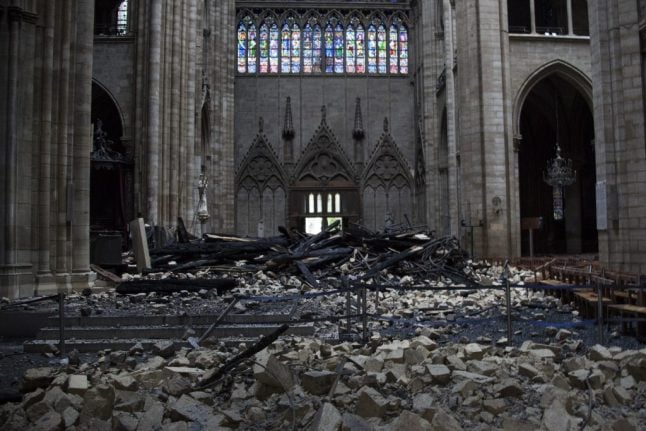 “The Italian government is prepared to put the Ministry of Culture's experts at France's disposition for the reconstruction efforts on Notre-Dame,” culture minister Alberto Bonisoli announced after flames destroyed the Gothic cathedral's roof and spire on Monday night.

Italian restorers “have built up considerable technical skills through confronting similar emergency situations here in Italy”, commented Bonisoli, who said he had relayed the offer to France's minister of culture.

“Notre-Dame cathedral is a symbol of France, but also the whole of humanity's heritage,” he said.

Italy has several recent experiences to draw on, having lost and rebuilt two historic theatres and a sacred chapel because of fires in the past two decades.

Venice's opera house La Fenice – “the phoenix”, so named because it was commissioned to replace another Venetian theatre that had burned down – has been restored twice in its 200-year history, most recently after arsonists set it alight in January 1996. It reopened in 2003 after a reconstruction that took two years and around €90 million. In the south of Italy, Bari's early-20th-century Teatro Petruzzelli was destroyed by suspected arson in October 1991. After languishing in ruins for more than ten years, it was seized from its private owners and rebuilt with some €24 million of public money, reopening in 2009.

Meanwhile the Chapel of the Holy Shroud within Turin cathedral, which houses one of the Catholic Church's most prized relics, was badly damaged by fire in April 1997 (though the Shroud itself was saved when firefighters smashed through the bulletproof glass protecting it in order to snatch it from the burning building).

It reopened to the public in September 2018, after €30 million of restoration work.

French President Emmanuel Macron has called for Notre-Dame to be rebuilt within five years, “even more beautifully” than before. More than €700 million was donated within the first 24 hours to a fund set up to finance the repairs.

READ MORE ON THE LOCAL FRANCE: