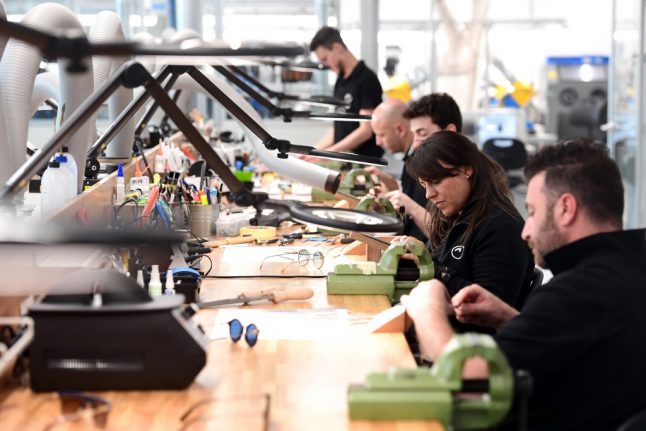 From corporate tax deductions to financial schemes aimed at stopping the country's brain drain, the coalition is scrabbling to reverse poor forecasts after Italy slid into a technical recession in the second half of 2018.

The so-called “growth decree” adopted by the hard-right League and anti-establishment Five Star Movement allocates €1.9 billion over three years to the measures, which focus mainly on companies.

It prolongs tax breaks on investments in machinery and real estate, while reducing corporate taxes. It also earmarks some €500 million for municipalities, to be used on energy-saving projects or to shore up public buildings in seismic areas.

Young Italians get a hand with purchasing their first home, graduates who have headed abroad are offered financial incentives to return, and the government also plans to compensate savers hit by the failure of small regional banks.

“We are giving a strong boost to the country's economic recovery, with concrete measures to support businesses and investments,” Prime Minister Giuseppe Conte said on Facebook. 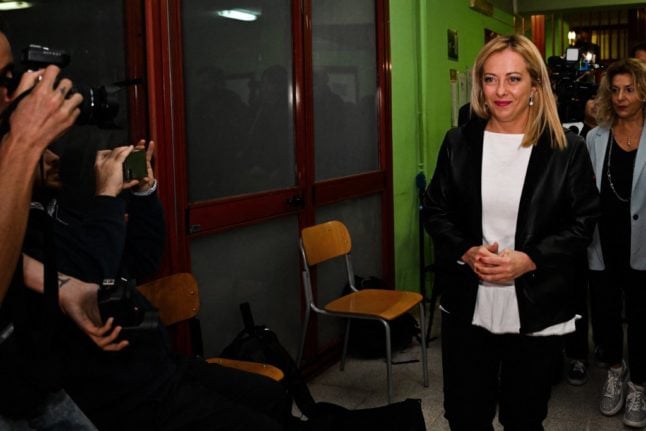 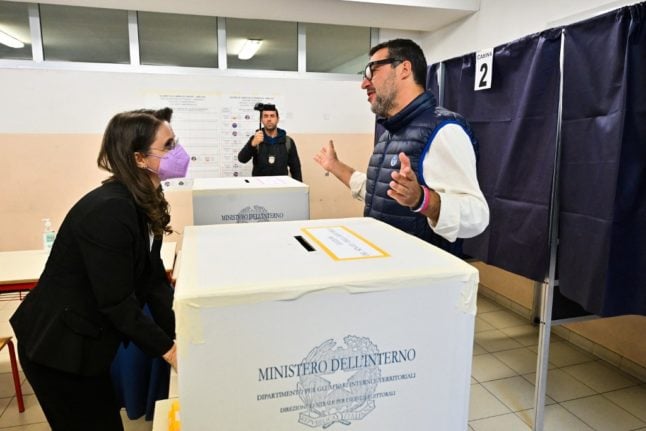 The leader of the hard-right anti-immigrant League party Matteo Salvini, whose party will likely be part of a new right-wing government, said the exit polls showed they had a clear advantage in both houses of parliament.

“It will be a long night, but already now I want to say THANK YOU,” said Salvini in a tweet.

Just to give an idea of the challenge facing Giorgia Meloni if she does take charge of Italy’s next government, here are a couple of lines from AFP:

“Like much of Europe, Italy is suffering rampant inflation while an energy crisis looms this winter, linked to the conflict in Ukraine.

The Italian economy, the third largest in the eurozone, is also saddled with a debt worth 150 percent of gross domestic product.”

Is Giorgia Meloni and the Brothers of Italy party far-right?

Giorgia Meloni presents herself as a patriotic “Christian mother”, and as a straight-speaking Roman raised by a single mother in a working-class neighbourhood. In fiery speeches, Meloni rails against what she calls “LGBT lobbies”, “woke ideology” and “the violence of Islam”.

The centre-left Democratic Party says Meloni is a danger to democracy. It also claims her government would pose a serious risk to hard-won rights such as abortion and will ignore global warming, despite Italy being on the front line of the climate emergency.

On the economy, Meloni’s coalition pledges to cut taxes while increasing social spending, regardless of the cost.

But just how far right is she and her party? We explore that question in the article below. 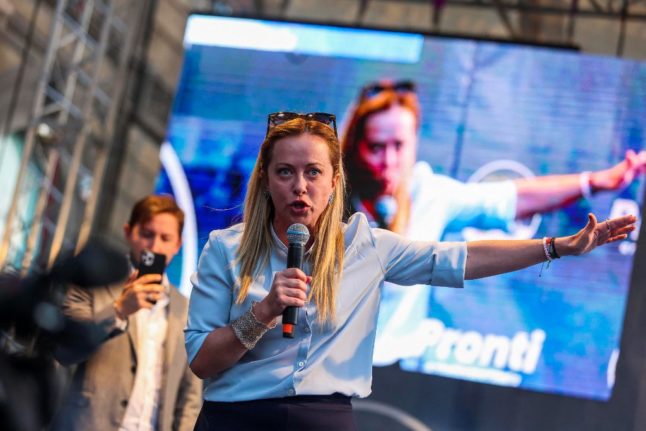 With exit polls (below) suggesting the far-right Brothers of Italy party will come out on top, that means Italy looks set to get its first woman as prime minister.

As head of the party with the most votes, Giorgia Meloni would be expected to lead a right-wing coalition government. However there are suggestions that her coalition partner, League leader Matteo Salvini, might also try to make a bid to become PM.

But with Meloni’s party expected to win double the share of Salvini’s according to exit polls, it’s hard to imagine Salvini being able to wrestle the position of coalition leader and prime minister away from Meloni

More exit polls are coming in now and, while the percentages vary slightly, they all show the same thing: Meloni’s Fratelli d’Italia (FdI) party and the right-wing coalition with her allies, Matteo Salvini’s far-right League and former prime minister Silvio Berlusconi’s Forza Italia, was expected to win a clear majority in both houses of parliament.

It put the right on 42 percent, with the small centre-left coalition led by the PD on 28 percent. This is more or less in line with opinion polls two weeks ago.

Remember these are exit polls and not the official results. There are several other polling companies conducting exit polls tonight, so we’ll also publish those results when they’re out.

That’s all, folks. Voting is now over, polling stations are closing their doors, and the first exit polls with predicted results will come out within the next half an hour.

Election campaigning was supposed to end officially on Friday night, when a blackout begins before the vote to give voters a “period of contemplation”.

Of course campaign blackouts aren’t that realistic in the time of social media though and it just means candidates get creative with their messaging.

Giorgia Meloni holding two melons – and yes, this is a real video posted by her on TikTok.

She’s saying “September 25th – I’ve said it all” – a reference to the fact that she’s not really meant to be saying anything. And yes, her surname means ‘melons’.

Italy’s election on Sunday is expected to produce a far-right government, but how big a majority will it have and what difference does this make?

In Italy there is a difference between a majority and a so-called super-majority. Here’s a quick guide to how the system works, what the difference is, and why it matters so much.

READ ALSO: What’s the difference between a majority and ‘super majority’?

This definitely hasn’t been an election campaign that has kept us on the edge of our seats.

The prediction from the start of the election campaign has been that the right-wing coalition led by Giorgia Meloni’s Brothers of Italy party will win by a landslide, allowing it to form a government with a large majority.

The most recent opinion polls, published two weeks ago before the pre-election polling embargo began, showed this was by far the most likely outcome.

Italian elections: What’s the difference between a majority and ‘super majority’?

But after what’s been called “one of the worst election campaigns of the post-war period”, with the result looking sure from the start and a severe shortage of any policy to discuss, is there any chance of a surprise result livening things up?

Probably not, the experts say – although voter sentiment has apparently shifted somewhat since the last polls two weeks ago.

Support for the left-leaning Five Star Movement appears to have surged while the hard-right League is flagging, according to pollsters interviewed by Reuters this week.

Still, most said the prediction that the right will take a majority in both houses of parliament and form the next government remains by far the most likely outcome, even if it has been thrown into doubt somewhat by Five Star’s rise.

The polls close in half an hour, and we won’t have much longer to wait after that for the exit polls, which give us an initial, if imperfect, idea of whether the long-predicted result is likely to become reality.

Long queues were reported at some polling stations around the country today, in some cases with voters queuing before they opened at 7am – leading to speculation that there would be higher turnout than in the 2018 election

But it looks like turnout is in fact lower, according to interior ministry figures, which put it at 51 percent at 7pm – four hours before polls closed – down from 58 percent.

The lowest turnout was in the south and islands, according to analysis of the official data by Youtrend, at 40 percent – 12.1 percent lower than in 2018. Political commentators are saying this is likely bad news for the Five Star Movement, which won most of its support from southern regions in 2018.

This highest turnout at 56 percent was in the north-west, which also happens to be where the far-right Brothers of Italy party and the League (formerly the Northern League) have their biggest support base.

Lower turnout overall this time isn’t a surprise. Abstentionism was expected to increase, with opinion polls during the election campaign predicting as many as 16 million voters would refrain from voting – Italy has a voting population of just over 46.5 million.

Italian affluenza or voter turnout is generally fairly high by international standards: 73 percent of eligible voters voted in the last parliamentary election in 2018 – though this was the country’s worst-ever rate of participation, and the number has been steadily dropping for years.

Italy’s political leaders were pictured turning out for the vote. Here’s outgoing prime minister, Mario Draghi, who’s not campaigning for re-election and has made it clear he’s not interested in another term. 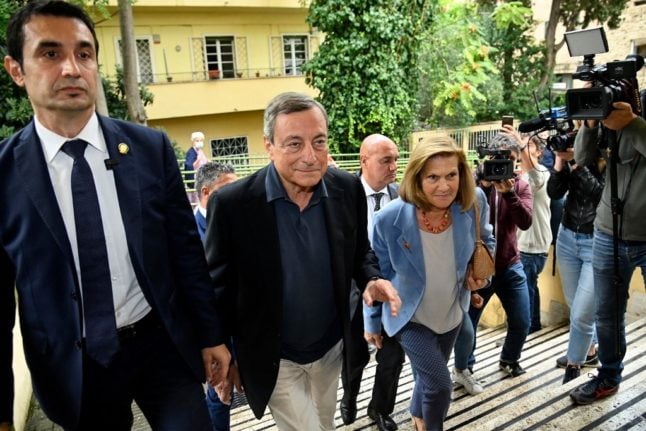 Polls close at 11pm and counting starts immediately after.

The first exit polls from the country’s leading news media should be out by 11.30. Though they are usually fairly close to the mark, exit polls can’t be relied upon entirely, as the 2013 exit poll debacle showed.

The time needed to announce the first official results depends on how many ballots there are to count. Turnout is expected to be similar to that at the last election in 2018 – maybe slightly lower – so Italian media are predicting 2am for the first official projections based on data from polling stations. Or maybe 3am. We could be in for a long night.

Ballot papers for the election of the Senate are counted first. When that’s complete, volunteers will turn their attention to counting ballots for the lower house of parliament.

Buonasera a tutti and welcome to The Local’s 2022 Italian election blog. There’s a lot at stake in these crucial elections as far right parties Brothers of Italy and the League are expected to win by a landslide.

Voting will close in two hours and we expect the first exit polls shortly after (you can read more here to get a sense of when things will happen tonight), but before then we’ll keep you posted with the latest news, predictions, expert insights and more.

I’m The Local Italy’s editor Clare Speak and I’ll be updating you tonight as the exit polls and first results start to come in.

If you have questions, comments or feedback, please feel free to email or tweet me and I’ll do my best to answer (depending on how busy things get here tonight).

No matter how you feel about the election, I hope you’ll at least enjoy our coverage.

Not sure what to make of it all? Here’s our complete guide to the elections and what’s at stake.

Are you a member of The Local? If not, please consider joining us. If yes, thank you – your support helps us dedicate time and resources to this. 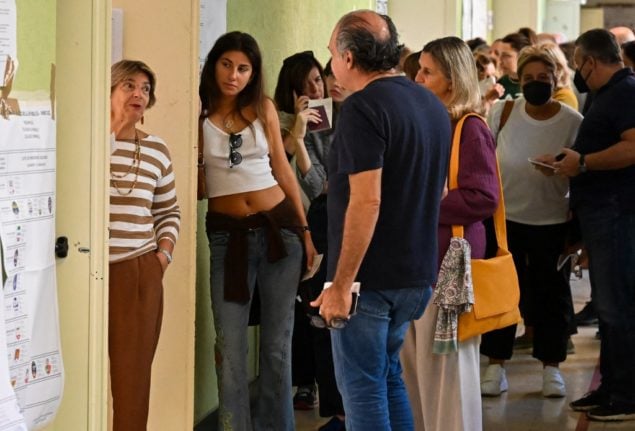