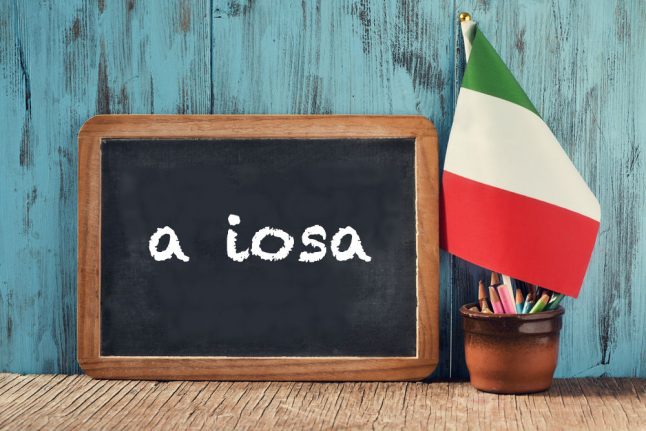 Today's expression was suggested by one of our readers, and I admit I had to look it up (I love it when you teach me new words! Send me more any time).

Ho scattato foto a iosa.
I took heaps of photos.

But what is iosa? And why is this the only phrase you'll ever see it in?

There are a couple of theories: one goes that the word comes from 'chiosa', an old term for toy money that children would play with. Something that could be paid for 'in chiosa', therefore, was something so common it was dirt cheap. 'A dime a dozen', as Americans might say, or 'two a penny' for us Brits.

Another explanation goes that the phrase is a contraction of “solo Dio lo sa (quanto)” – 'only God knows (how much)'.

When you look up one thing you inevitably find another, and a iosa led me on to a synonym I didn't know either: a bizzeffe (pronounced “ah bitzeffeh”), which means the same thing but comes from the Arabic word for 'a lot'.

Lei fa soldi a bizzeffe.
She makes heaps of money.

The 19th-century writer Alessandro Manzoni used it in his novel The Betrothed:

May you too have fiori a bizzeffe (or a iosa) this spring!