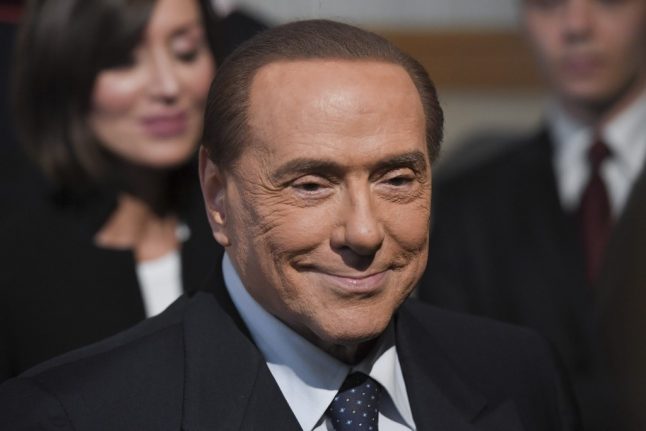 The billionaire had been admitted to San Raffaele hospital in Milan earlier in the day with acute abdominal pain and was expected to be released in the coming days, according to the reports, which cited sources within his Forza Italia party.

“Thank you all for the affection and for the many messages. I am fit and ready for this election campaign!” the three-time prime minister said on his official Facebook page on Tuesday evening.

Berlusconi had been due to attend a Forza Italia meeting Tuesday ahead of next month's European parliamentary elections, in which he is standing, but doctors prevented him.

A CT scan showed a small bowel obstruction and the operation revealed it was related to the removal of his gallbladder 40 years ago, according to the party sources.

A former crooner turned property and media magnate, Berlusconi was Italian prime minister for his centre-right Forza Italia on three occasions between 1994 and 2011.

Despite his regular brushes with the law and health concerns — including open heart surgery three years ago — the man known as “the immortal” for his longevity in politics led the Italian right for more than two decades.

Berlusconi has faced a string of charges over the so-called Rubygate scandal linked to his parties and the underaged prostitute Karima El-Mahroug, also known as “Ruby the heart-stealer”.

The businessman is currently on trial accused of paying a witness to give false testimony about his notoriously hedonistic parties.

Berlusconi is also being investigated or prosecuted for alleged witness tampering in Milan, Sienna, Rome and Turin, each time accused of paying people to keep quiet about his so-called bunga-bunga parties.

Forza Italia is currently in opposition, with 105 MPs in Italy's 630-seat lower house.