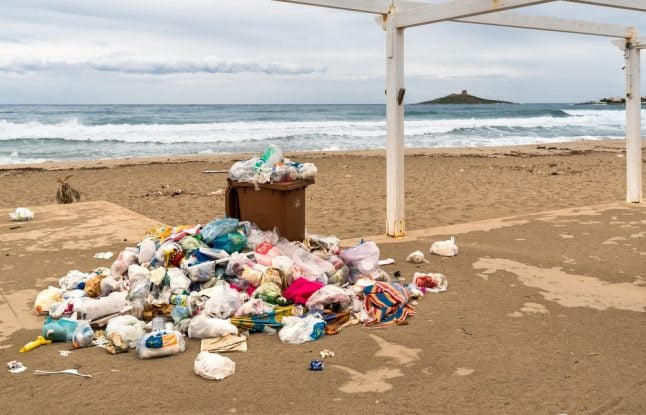 Rubbish left on a beach in Sicily. Photo: Depositphotos

Environmental campaigners in Italy raised the alarm this weekend after a baby sperm whale was found dead on the beach at Cefalu, a popular tourist destination in Sicily, with  “several kilograms worth of plastic” in its stomach.

While the cause of the animal's death is yet to be confirmed, Greenpeace Italia said the plastic was very likely to be to blame, and that there were no signs of another likely explanation.

The impact of plastic waste on marine life and coastal environments is a huge public concern in Italy, as new figures show the country's 7,600 kilometres of coastline is more polluted than ever.

The Beach Litter report for 2019, by environmental group Legambiente, revealed on Monday that there are an average of ten pieces of rubbish per square metre on Italy's beaches.

Their analysis of 93 Italian beaches showed that 81 percent of the rubbish found there is plastic.

And a study by the University of Pisa last year found worrying quantities of tiny plastic particles embedded in Italy's sandy beaches. Rubbish left by visitors to a beach in Italy. Photo: Depositphotos

Across the country, initiatives are now being put in place to stem the tide of plastic waste – though some campaigners say such measures aren't enough.

The island of Capri has just banned non-reusable plastic, with several other local authorities set to follow suit.

Capri this month started issuing fines of up to €500 to anyone seen with non-recyclable plastic plates, straws, cups and cutlery, or carrying a non-biodegradable plastic bag.

One thing to have escaped the ban is small plastic bottles of mineral water.

Nearby destinations will follow Capri’s lead, with plans to pass laws banning single-use plastics on the island of Procida and in the city of Naples.

READ ALSO: Hundreds of thousands of plastic discs are washing up on Italian beaches

In Puglia, another major summer tourism hotspot, sales of singe-use plates, cups and straws will also be banned near beaches.

A single-use plastic ban has been in place since last summer in the Tremiti islands, a famous natural beauty spot off the coast of Puglia. Anyone flouting the ban there faces a €50 fine, and the mayor said repeat offenders would be charged €500.

Italy hasn't gone as far as France, which in 2015 passed a nationwide ban on single-use plastic picnicware, effective from 2020.

But campaigners say local authorities can only do so much about Italy's serious problem with plastics.

The Mediterranean has an especially high concentration of microplastics – fragments less than 5mm long –  which have been measured at 1.2 million per square kilometre, one of the highest rates in the world.

And a Greenpeace investigation found high concentrations of microplastics in the waters around the Tremiti islands, despite their protected status.

Researchers found 2.2 pieces of plastic per metre cubed of water, most of it polyethylene, the common plastic used to make bags, bottles and other packaging Next weekend, Legambiente is organising a mass clean-up. For its Spiagge e Fondali Puliti project, the group said, thousands of volunteers will pick litter from 250 beaches and coastal locations in Italy.

And later this month Greenpeace will launch a project monitoring plastic pollution levels at sea, focusing focus on the central Tyrrhenian Sea off the west coast of Italy.

While environmental groups and regional governments are tackling the task of reducing plastic waste, there's a notable lack of urgency around the issue at national government level.

Italy's Five Star Movement made the environment one of its main election campaign themes in 2018.

But after a year in government, along with the League, environmental campaigners say the party has fulfilled none of its promises and, so far, the government is yet to implement any policies aimed at improving the environment or tackling plastic pollution.

A lack of interest in the environment from the government is nothing new in Italy. According to a WWF report, “in the last ten years, resources for the environment ministry have been cut in half” in Italy, from €1.65 billion in 2008 to €880 million in 2018.

While M5S had promised to increase resources, so far funds show no sign of materialising. In fact, campaigners say the budget is set to be slashed again in 2019. On Monday, Legambiente urged the Italian parliament to speed up approval of the “Salvamare” (Save our seas) bill, drafted by environment minister Sergio Costa, aimed at allowing fishing boats to remove rubbish from Italian waters.

Until the draft law is passed through parliament, fishermen who bring up rubbish in their nets are forced to throw it back into the sea. Otherwise they risk being charged for its disposal or even accused of waste trafficking.

Legambiente said the government isn't showing enough leadership on the issue of plastic pollution, and repeated calls for Italy's national government to implement a European directive on reducing plastic waste “as soon as possible, with even more ambitious targets:”

Stefano Ciafani, national president of Legambiente, called for the government to “promote innovation and research into the circular economy, to stimulate industry and companies to take on this emergency, to increase the quality of recycling, and guide citizens to prevent waste.”

“National and local governments, industry and consumers need to work together to meet the challenge that lies ahead: to reduce the enormous pressure that mankind puts on the oceans and their inhabitants,” he said. 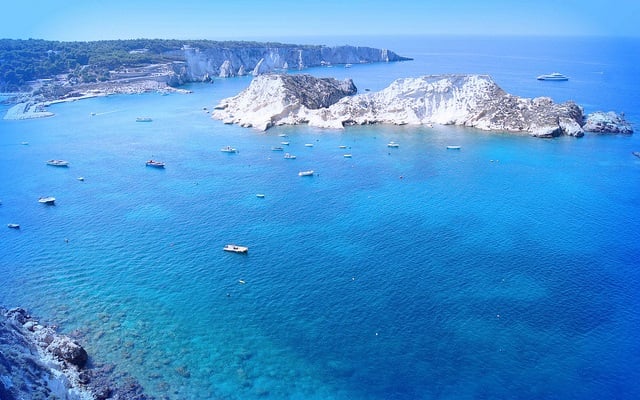 TRAVEL
This map reveals the cleanest and greenest beaches in Italy 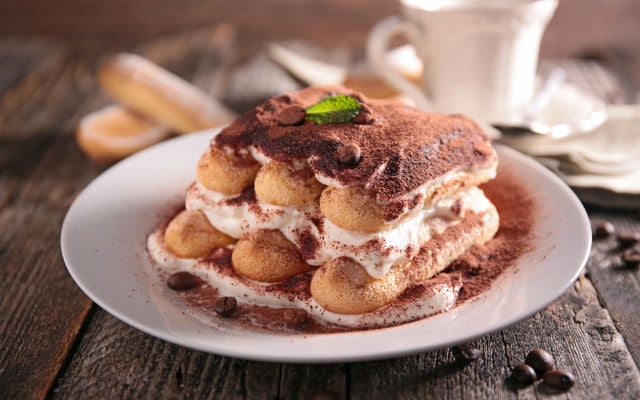 HEALTH
Seven reasons why living in Italy can be bad for your health
Url copied to clipboard!