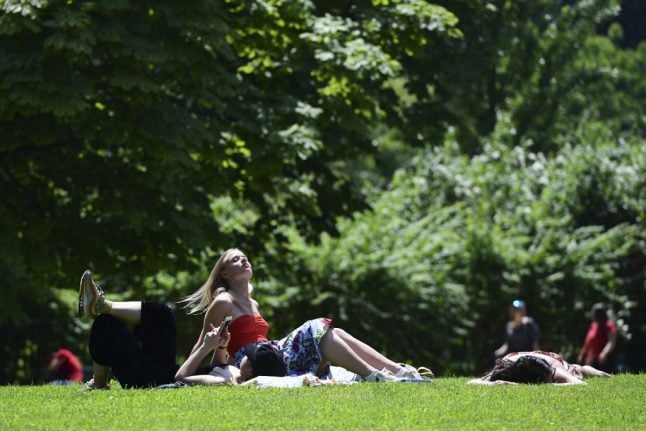 Summer has come suddenly in many parts of the country, with temperatures shooting into the early 30s in recent days after a cool, wet spring.

The mercury is set to climb even higher on Thursday and Friday, with forecasters predicting 36C in Rome, 37C in Florence, up to 38C in parts of Puglia and as high as 42C in inland Sicily.

Temperatures are set to remain in the early to mid 30s – above the seasonal average – throughout the weekend.

The heatwave is triggered by warm currents of air moving up from North Africa, picking up humidity as they cross the Mediterranean and creating sultry conditions in southern Europe.

2019 is proving a year of extreme weather for Italy, with an exceptionally warm winter followed by freak storms, floods and even hail in early June.

Parts of northern Italy have seen heavy rain, thunder and hailstorms as recently as yesterday, with houses evacuated and roads closed because of high water in several parts of Lombardy.

The dramatic conditions have wreaked havoc on crops and prompted the sudden emergence of larger than usual numbers of insects, including swarms of locusts in Sardinia, bees in central Italy and the brown marmorated stink bug, an invasive species from Asia that is threatening fruit trees in the north.