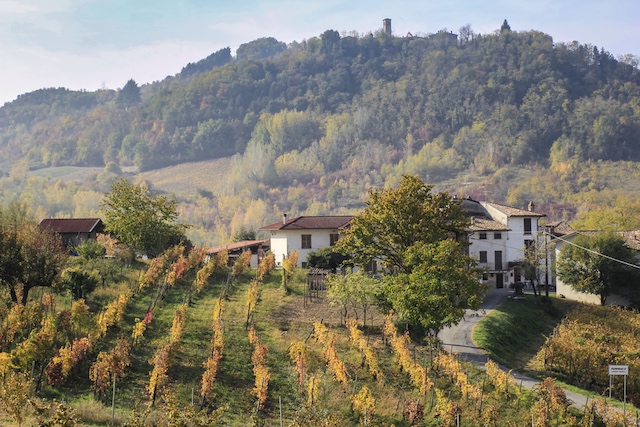 Vineyards in the Oltrepo Pavese in Lombardy. Photo: DepositPhotos

Under a new amendment to the regional law, passed on Tuesday, the more than 1,600 agriturismi – farms offering tourist accommodation – in Lombardy will have to prioritize local specialities.

They will be limited to getting 20 percent of their products from outside the region, and none of their fish or wine (though wines from vineyards directly adjoining Lombard soil are considered acceptable).

That means guests are in for a whole lot of meat, cheese, butter and rice, and less of the tomato and olive oil prevalent further south.

At least 35 percent of all food must be produced at the farm itself (40 percent at breakfast), while only 20 percent of all products can be bought from large retailers like supermarkets.

The new norm, proposed by the nationalist League party and supported by its allies on the centre-right, also limits the number of meals agriturismi can serve to 160 a day while setting the maximum number of beds per farm at 100 (previously it was 60).

The restrictions will raise “the quality of service for consumers and make these businesses a real showcase for our regional specialities”, said regional councillor Giovanni Malanchini of the League, which began as a party to protect northern interests before embracing nationalism.

His fellow party member Fabio Rolfi called it “unthinkable” that Lombard agriturismi would serve wines from any other region. Lombardy had just over 1,600 agriturismo businesses in 2016, making it the third biggest Italian region for farm stays after Tuscany (with more than 4,500) and Trentino-Alto Adige (nearly 3,600). Some 8 million guests eat in Lombard farmhouses every year, according to farmers' association Coldiretti.

The region is know for its veal cutlets, cured meats, risotto and polenta dishes, as well as rich cheeses like Gorgonzola, Taleggio and Grana Padano. It gets most of its fish from Lake Como, which is also one of the few parts of the north to produce olive oil.

Its most famous wines are Valtellina reds and sparkling Franciacorta.