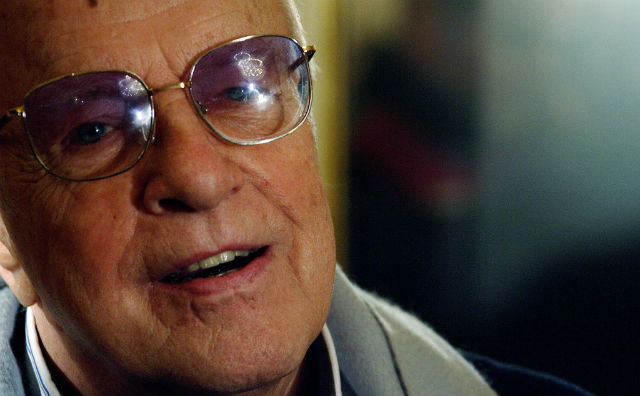 Franco Zeffirelli gives a press conference at the Scala theater in Milan in 2006. Photo:Paco Serinelli/AFP

Applause broke out as the hearse carrying his coffin arrived at the Palazzo Vecchio, Florence's city hall.

The crowd broke into applause again when four pall-bearers carried it past the replica of Michaelangelo's Statue of David and inside the building. It will lie in state there for a day.
Zeffirelli died on Saturday at the age of 96.

The director of movies and operas “died serenely after a long illness, which had worsened these last months,” Italian media said, citing family members.

His funeral will take place on Tuesday at 11:00 am at the city's Santa Maria del Fiore Cathedral. Zeffirelli made his international reputation adapting classics to the screen, including many of Shakespeare's plays, attracting many major stars.

Richard Burton and Elizabeth Taylor starred in his 1967 adaptation of “The Taming of the Shrew” and Zeffirelli was nominated for an Oscar for his 1968 production of “Romeo and Juliet”, with a then-unknown Olivia Hussey.

He directed Mel Gibson in a 1990 adaptation of “Hamlet”, with an all-star cast including Glenn Close, Alan Bates, Paul Schofield and Ian Holm.

He also directed operas at prestigious venues around the world.

Zeffirelli was fiercely proud of his home city of Florence, making a 1966 documentary about it, “Per Firenze” (“For Florence”), shortly after devastating floods there.

Richard Burton lent his voice as narrator and the film raised $20 million towards restoration work in the city.

Zeffirelli also set up a foundation in the city dedicated to making his work widely accessible — not just his films, but an extensive library and many preparatory sketches for his opera productions.

He will be laid to rest in the family chapel at Florence's Porte Sante cemetery.