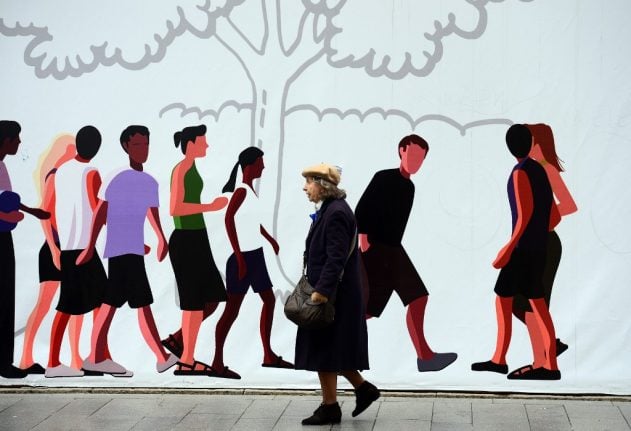 Italy is set to become one of the few countries in the world to experience a so-called demographic recession, a significant drop in the size of its working-age population, Istat said in its 2019 state of the nation report, released on Thursday.

FOR MEMBERS: The 25 stats that help explain Italy today

By 2050, the statistics agency estimates, 15-64-year-olds could make up little more than half of Italy's total population, or 54.2 percent. That would be a drop of around 10 percent from an already low level today, or more than 6 million fewer potential workers, with potentially drastic consequences for productivity and demands on welfare.

It represents “a true numerical decline whose only precedent in Italy's history is the long-ago period of 1917-18, an era marked by the Great War and the dramatic effects of the Spanish flu pandemic”, said Istat's president Gian Carlo Blangiardo. At the heart of the imbalance is a plunging birth rate, which has been declining for years at the same time as more Italians are living longer. Some 439,000 births were registered in Italy last year, according to Istat, a decrease of nearly 140,000 compared to 2008. By 2016 nearly half of women in Italy aged 18-49, 45 percent, didn't have any children at all.

The decline has been stalled in recent decades by the arrival of immigrants, who have helped shore up Italy's working-age population as native Italians emigrate or retire – as well as being more likely to have kids. While foreign residents make up less than 9 percent of Italy's total population, their children constitute 13 percent of the population under 18.

But the number of new immigrants arriving has declined in recent years, as has the birth rate among Italy's foreign residents. Meanwhile the nature of immigration to Italy is also changing, as more newcomers arrive in emergency circumstances and fewer choose to settle here.

Those in that age group who choose to stay in Italy remain dependent on family for longer. More than half of Italy's 9.6 million 20-34 year olds – 5.5 million of them – are single and live with at least one parent.

READ ALSO: Why Italy's 'mammoni' will keep living with mamma Meanwhile older generations are living longer and “ageing later”, Istat says, with a greater proportion of the senior population remaining active into their late 60s and beyond. By the start of 2019 Italy had some 800,000 over-90s and 14,000 'supercentarians'; 20 years from now, they're expected to number 1.3 million and 50,000 respectively.

The combination of rising life expectancy, a falling birth rate and declining immigration has left Italy with an ageing population comparable only to Japan's. In Italy there are 165 people aged over 65 for every 100 children under 15, one of the highest ageing indexes in the world.

READ ALSO: From now on in Italy, you're only old after 75

“If until the last century our demographics demonstrated vitality and often helped boost the country's growth, including economic, on the contrary today they could have a restrictive effect,” commented Blangiardo.

“One has to wonder if we are (and will still be) a country that looks ahead and invests in its future, or if we must for the most part feel ourselves destined to manage and maintain the present.”