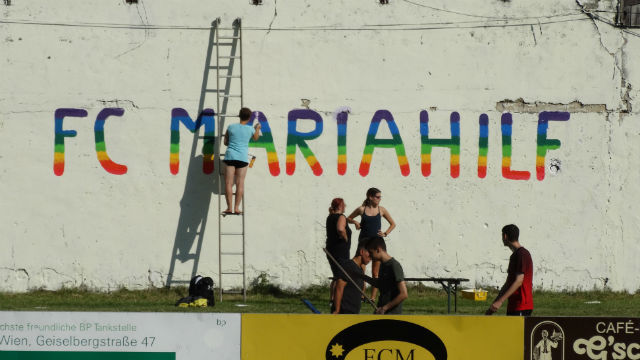 FC Mariahilf celebrates its 20th anniversary this year. Photo FC Mariahilf
The game between the Vatican side founded this year and a Vienna outfit was cancelled on Saturday when several Austrians lifted their shirts to reveal pro-choice messages painted on their stomachs and backs when the anthems were played before kick-off, media reports said.
“The game was called off because we are here for the sport, and not for political or other messages”, public broadcaster ORF quoted Danilo Zennaro, a representative of the Vatican sports association, as saying.
A player from the Austrian capital's Mariahilf women's team said they hadn't expected the protest action to lead to the game to be scrapped.
The team's official Facebook account on Sunday morning said the club would be unable to comment until an official statement had been agreed on and published.
The Vatican's Vienna representative could not immediately be reached on Sunday for comment. The Vatican women's team was formed earlier this year, more than three decades after the men's side.
Austrian media said the Vienna clash was supposed to be the Vatican women's first international tie.
The protest was lauded by pro-choice activists, both in Austria and abroad.
Url copied to clipboard!