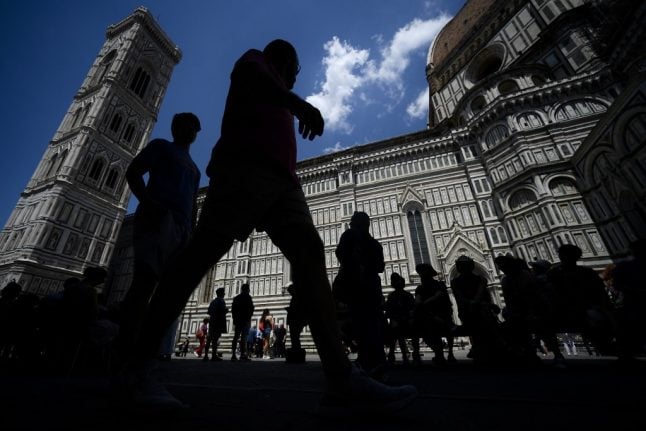 How do people in other countries perceive Italy? Photo: Filippo Monteforte/AFP

Italy comes 14th out of 75 countries ranked by FutureBrand, a branding consultancy firm that studied how nations are perceived by the rest of the world.

Its 2019 Country Index looked at the World Bank's biggest countries by GDP and asked people from all over the world to rank them on factors including standard of living, business potential, environmental friendliness, heritage, tourism options and tolerance.

Italy has improved its position since 2014, when the last index put it at number 18. But it still ranks behind many of its northern European neighbours including Switzerland (3), Sweden (4), Germany (6), Denmark (7) and the Netherlands (13), as well as lower than Canada (8), New Zealand (11) and the United States (12).

The top country once again is Japan, which also took the top spot in 2014.

Italy's highest scores were for its food, history, heritage, art and culture, which all contributed to make it the top country that respondents said they'd like to visit for a holiday – even if travelling in Italy wasn't considered to offer great value for money.

Italy also scored well for its made-in-Italy products, which had a reputation for quality and authenticity.

READ ALSO: How expensive is Italy compared to other EU countries? But when it came to factors that people considering a longer-term stay need to consider, Italy lost points. It was 28th for quality of life (judged on health and education, safety and standard of living), 33rd in the category 'good for business', 37th for advanced technology, and 46th for environmental friendliness.

And Italy came 44th for tolerance, suggesting that it is not perceived as a particularly welcoming place among foreigners.

READ ALSO: Italy has a worse quality of life than China, says survey

Meanwhile Rome came 20th on FutureBrand's list of the world's “most influential cities”, which was topped by New York, London and Beijing. The Italian capital, meanwhile, languished behind Brussels, Istanbul and Toronto.

The index was based on the opinions of around 2,500 people from 17 different countries worldwide (not including Italy). Each of the 75 countries rated was ranked by around 230 people, each of whom had travelled abroad at least once in the past year.