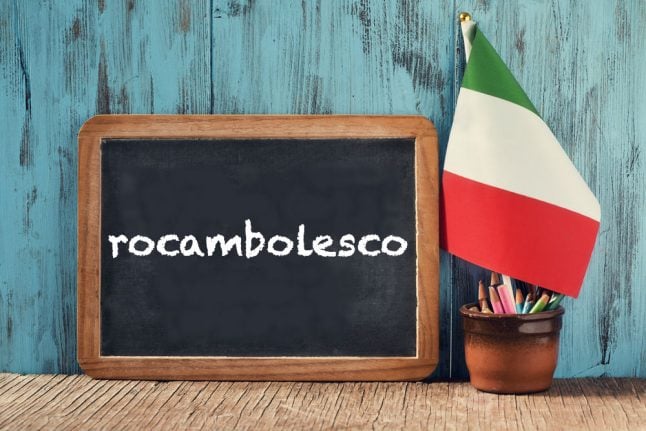 As well as requests from language learners looking for guidance, we occasionally get emails from native speakers keen to share some of their favourite Italian words with an international audience.

In fact it's several words for the price of one, since you can also say it in English and French, which is where it comes from in the first place: Rocambole was the dashing protagonist of a series of adventure stories written by the French author Pierre Alexis Ponson du Terrail in the mid 19th century.

The character proved so popular around Europe that he was still popping up in spin-offs by other writers as recently as 2005. His exploits inspired multiple films, a TV series and not least, the adjective rocambolesque, which in several European languages has come to refer to any far-fetched turn of events – often escapes, heists and the like.

Italian also has the adverb rocambolescamente – 'in a rocambolesque fashion' – to describe the act of behaving in a such a way.

While Ponson du Terrail may have plucked the name Rocambole out of his imagination, it's possible he meant to invoke a type of wild onion known in French as ail rocambole (and in Italian as rocambola), which in turn comes from the German name Rockenbolle. Perhaps the moniker was supposed to invoke the plant's distinctive fiery taste as a preview of Rocambole's spicy adventures.

If Rocambole is a bit too rock'n'roll for you, you can also use the more generic romanzesco: it means 'novelesque' (a novel is un romanzo), i.e. worthy of fiction.