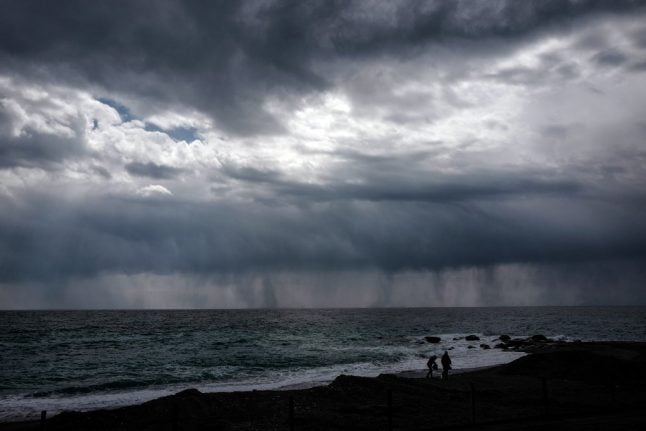 The storms brought a break in the heat for many parts of Italy. File photo: Valery Hache/AFP

Storms rolled in everywhere except the south of Italy, with the most intense precipitation in the north-east and centre.

Parts of the north-east have been hit by severe storms since Sunday, including Venice, where violent winds almost drove a cruise liner to swerve into a dock.

Severe straight line winds on the HP supercell over Venice, north Italy last night, July 8th. Second severe supercell in Venice in as many days! Thanks to Giovanni Dardani for the report! pic.twitter.com/lCcN9Irt9p

The storms brought a break from the high temperatures in which Italy has been roasting for much of the past two weeks, with the mercury dropping into the mid or low 20s in many parts of the north.

But it remained hot and humid in many areas, including Rome, which had its first rainfall in several weeks but was back above 30C by the afternoon.

The Italian health ministry issued a red alert for extreme heat in the city of Pescara on the Adriatic coast, while lower orange alerts were in place in Bari, Reggio Calabria, Palermo and Messina.

The storms are expected to move south and east on Wednesday and clear up altogether by Thursday.

The wet weather will return by Friday, however, with rain continuing in the north and centre into the weekend.