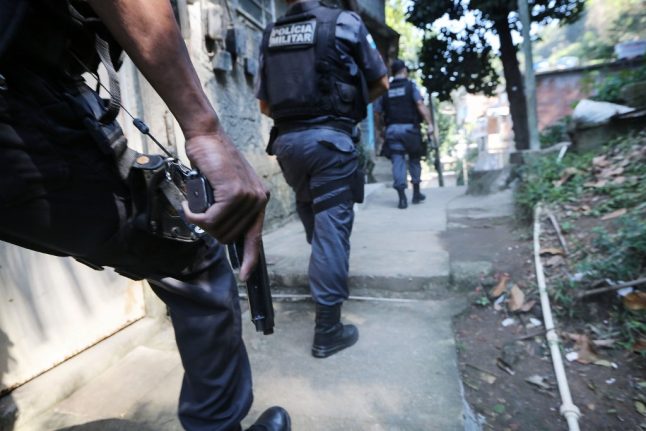 Nicola Assisi and his son were detained in a luxury seaside apartment in Sao Paulo state and are being held in an undisclosed location awaiting extradition to Italy, federal police said in a statement.

The arrest comes weeks after top 'Ndrangheta figure Rocco Morabito escaped from a prison in Uruguay, angering Rome which had been awaiting his extradition.

Italy's much-feared 'Ndrangheta mafia is thought to run much of Europe's cocaine trade from Calabria. It is also involved in arms trafficking, prostitution and extortion.

A fugitive since 2014, Assisi has already been sentenced to 14 years' jail in Italy for drug trafficking offences, Brazilian police said.

The apartment where Assisi and his son were detained is some 30 kilometres from Santos Port, where Brazilian authorities seized more than 10 tons of cocaine between January and May, almost double the amount for the same period last year.

Most of it was destined for Europe.