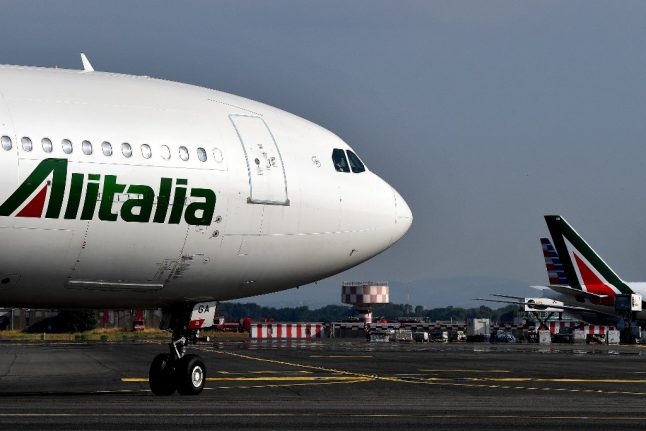 Italy's Atlantia group, owned by the Benetton family, is ready to take a stake in ailing flagship carrier Alitalia, as are three other new investors, Italian media reported Sunday.

The companies are said to be ready to partner with Italy's state railway Ferrovie dello Stato (FS), which is to present its formal rescue plan for the airline on Monday, the reports said.

That plan has been pushed back several times as discussions were held to bring various investors on board with FS, which has said it does not want to hold more than 30 percent of Alitalia.

Investors willing to buy into the outstanding 40 percent had until late Sunday to make their interest known to the bank handling the rescue, Mediobanca.

Italian media citing sources in the bank said four offers had been received.

The main one was from Atlantia, a major operator of toll expressways and airports that is part of the Benetton group best known for its clothing brand, which reportedly will take 35 percent in Alitalia, worth more than 300 million euros ($340 million).

Atlantia has already twice injected money into the airline, which has long been struggling with debt.

The other putative investors were: Toto, a public works construction firm and expressway operator that had in the past run a domestic airline that competed with Alitalia; the boss of the Lazio Football Club, Claudio Lotito; and Brazilian tycoon German Efromivich, who is the principal stakeholder in Colombian airline Avianca.

Italy's economic development minister, Luigi Di Maio, welcomed the offers, which he said would permit Alitalia to be “definitively relaunched”.

The government has stepped back from its past criticism of Atlantia, whose subsidiary Autostrade it blamed for the collapse of a large bridge in the city of Genoa last year that killed more than 40 people.

The reported offers were to be studied late Sunday before being submitted to FS's board on Monday.

Alitalia, which employs more than 11,000 people, has struggled to compete with low-cost European rivals and was placed in administration in 2017.