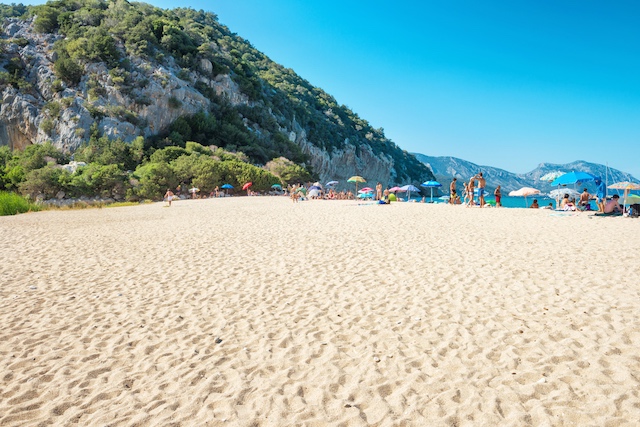 The sand of Sardinia's beaches proves irresistible to some visitors. Photo: DepositPhotos

Local authorities and environmental experts have teamed up with Olbia Airport to return sand, pebbles and shells confiscated from travellers' luggage to beaches on Sardinia's famed 'Emerald Coast'.

Visitors have been known to help themselves to handfuls of the fine white sand that have made the island's north-east coast a favourite with holiday-makers, resulting in the loss of tonnes of sand each year.

Authorities at Olbia Airport carry out systematic bag checks to catch passengers smuggling sand, an offence punishable by fines of between €500 to €3,000. Over the past ten years they seized some 10 tonnes, most of it collected in half-litre bottles, according to the director of a marine reserve off Sardinia's north-eastern coast.

“It's striking, because it gives us an idea of how widespread taking sand from beaches really is,” Augusto Navone, head of the Tavolara nature preserve, told the Corriere della Sera.

His reserve, along with Italy's forest rangers, regional authorities and the managers of Olbia Airport, signed a new agreement to return as much of the confiscated sand as possible to Sardinia's beaches.

Working with geologists, they identified two return sites: Porto San Paolo beach south of Olbia, which will receive the stolen sand, and the tiny island of Tavolara, where pebbles and shells will go.

Around 6 tonnes of sand have already been returned to Porto San Paolo, Navone said. There are also plans to add new signs in the arrivals area of the airport warning visitors not to collect sand or shells, translated into several languages.

Airport agents confiscate around 2 tonnes of stolen sand a year, according to local news site Gallura Oggi, while another 500 kilos were seized last summer from ferry passengers at the port of Olbia, where checks are less strict.

Some towns around Sardinia, which is home to some of Italy's most popular beaches, have proposed banning towels and large bags in a bid to stop holidaymakers removing sand from the fragile coastline, whether deliberately or inadvertently.

“Every grain of sand is a piece of our future disappearing,” said regional councillor for environmental protection Gianni Lampis as the new accord was signed. “We have to explain to young people that we must fight such behaviour.”