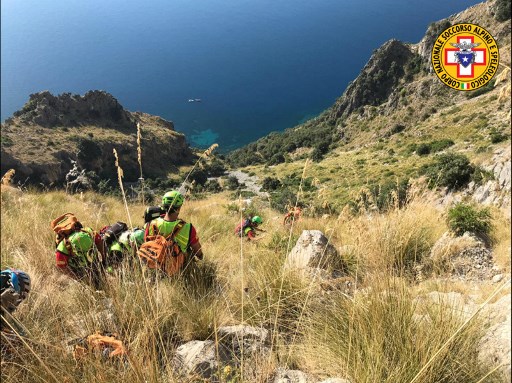 The body of a 27-year-old French man who disappeared nine days ago in the Cilento region south of Naples was found on Sunday, Italian authorities said.

“The body of Simon Gautier has been found a short while ago,” stated authorities in Sapri, near Belvedere di Ciolandre where the 27-year-old hiker was found dead.

Gautier called for help on August 9, saying he had fallen down a cliff and broken both legs, but was unable to give his location other than “in the middle of nowhere, on the coast”.

His family has complained that it took too long for rescuers to organise the search.

According to the Italian media, he was found at the bottom of a ravine after a rescuer with binoculars spotted Gautier's backpack.

Teams of firefighters and alpine rescuers along with a helicopter and drones on Sunday searched the area of mountains and cliffs bordering the sea.

Gautier had been living in Rome for two years working on a thesis on art history. He set out to hike alone from Policastro Bussentino to Naples and had sent his family a picture of his backpack.

On Sunday evening a vigil was planned in the village of Scario, the closest to the search area, where an open-air mass had been held in the afternoon for the rescue teams and the young man.