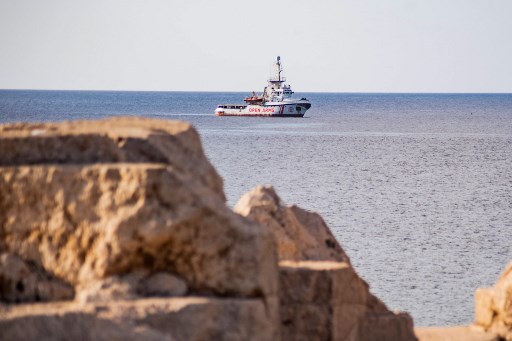 The Open Arms ship is just a short distance from the island of Lampedusa. Photo: Alessandro Serrano/AFP

Shortly afterwards, Spain announced it would send a military ship to rescue the migrants stranded on the boat off the coast of Italy, which refuses them port access, as Spanish NGO Proactiva Open Arms warned the situation on board was “out of control”.

The Open Arms charity rescue ship has been stuck off Lampedusa for days seeking permission to dock, with the situation becoming increasingly tense as migrants, many of whom have been on board for 19 days since their rescue off Libya, grow desperate.

On Tuesday, 10 of the 98 migrants remaining on board threw themselves in the water to
try and swim to Lampedusa, which can be seen from the ship.

First, one man leapt overboard, according to a tweet by the NGO Proactiva Open Arms that owns the ship.

Several hours later, “nine people threw themselves in the water in a desperate bid to reach the coast of Lampedusa,” the NGO tweeted.

“The situation is out of control.”

All nine — some of them without life jackets — were eventually pulled out of the water and were “on board the boat of the Italian coastguards,” the spokeswoman said.

Faced with Italy's protracted refusal to allow the migrants to disembark, Spain had offered up its southern port of Algeciras, but the NGO said the voyage there could “not be achieved” due to the distance and tensions on board.

The Spanish government then offered up Mallorca in the Balearic Islands, nearer but still at around 1,000 kilometres (600 miles) from Lampedusa.

The charity described this offer as “totally incomprehensible” and continued to demand the ship be allowed to dock in Lampedusa.

Spain's government on Tuesday confirmed it will be sending the military ship to rescue the stranded migrants, though it will not reach them for three days.

“The Audaz, which will leave this afternoon at 5 pm (1500 GMT), will sail for three days to Lampedusa where it will take charge of the people taken in by the Open Arms,” the government said in a statement.

She said Salvini “has shown he doesn't care about human lives” and described his actions as “a disgrace to humanity”.

Salvini tweeted that “being firm is the only way to stop Italy from becoming Europe's refugee camp again.” 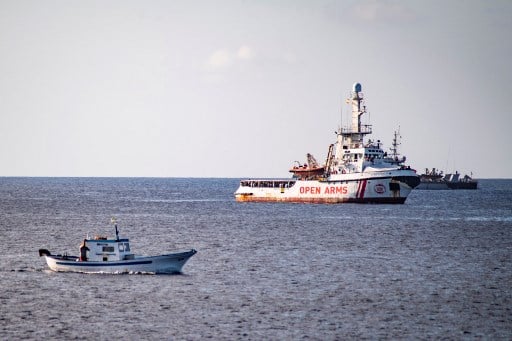 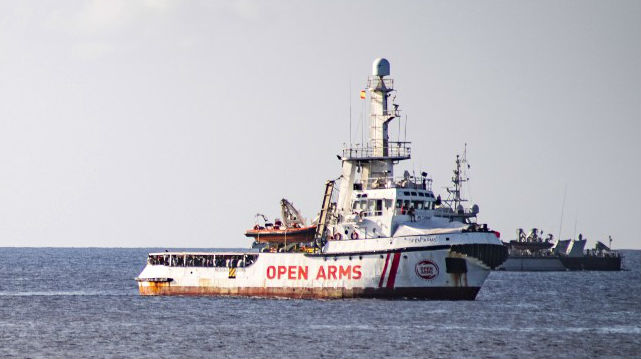