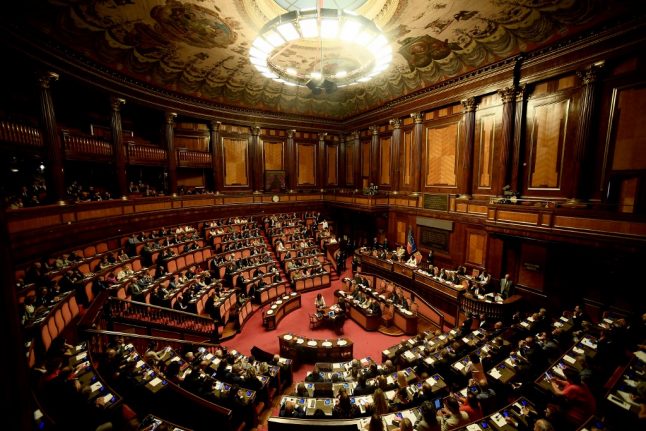 Italy's Prime Minister Giuseppe Conte is expected to resign later today in response to calls for an early election. His resignation would bring down the bickering coalition government and could
potentially force a snap vote.

The current crisis was triggered on August 8 when Interior Minister Matteo Salvini pulled support from the dysfunctional alliance – which his far-right League party is part of – in a bid to capitalise on polls suggesting his party could seize power if elections were held.

But so far, nothing is for sure and events could play out in a number of different ways. Here's a guid to the scenarios we might expect.

Today's first steps
The leaders of political groups in the Senate, the upper house, meet at 2.30 pm (1230 GMT) to decide on possible motions to be put to a vote.

Shortly afterwards, Conte will make a statement to parliamentarians where he is expected to be scathing of Salvini's conduct.

Salvini could then push for a vote of no confidence in the government – even though he is unlikely to win enough backing.

Regardless of the outcome of a confidence motion, Conte could recognise the coalition was no longer viable and submit his resignation to Italian President Sergio Mattarella.

Conte could also potentially resign before a no confidence vote was held.

Both scenarios would put an end to Italy's government just 14 months after coming to power and pave the way for consultations to find a replacement.

Negotiations between Italy's deeply divided parties would be difficult, although some have mooted a new alliance between M5S and the centre-left Democratic Party (PD).

This would torpedo Salvini's plan to force elections and become prime minister, and lead to a new “progressive” government without the hard-right League.

The idea was proposed by former premier Matteo Renzi, now PD senator. If the plan was realised, Salvini has threatened to call for his supporters to demonstrate across the country.

If this unexpected alliance were to fail, a reconciliation between the League and M5S could not be totally ruled out.

Although extremely unlikely, Conte could stay on as premier and reshuffle the government.

Salvini has signalled he could re-establish coalition ties, saying he would back a M5S bill cutting the number of lawmakers — but only if new elections were then swiftly held.

The parliamentary reform vote is scheduled for Thursday, provided Conte does not resign.

After a year of Salvini's highly critical anti-EU rhetoric, Prodi said the new coalition would allow a “reintegration of Italy as an active member of the European Union”.

Mattarella is responsible for verifying the viability of a new government coalition, based on proposals from political parties. If he believes no stable majority exists to govern, he may decide to call a snap election, possibly as early as the end of October.

This would grant Salvini his wish, with polls suggesting his League party and right-wing allies could win.
Salvini could be crowned prime minister with the League in coalition with the anti-immigration, anti-LGBT Fratelli d'Italia, and Forza Italia.

Alternatively, Mattarella could decide to appoint a caretaker administration.

This government of technocrats would manage day-to-day business ahead of a new election, probably next year.

This would allow to pass next year's budget to avoid an automatic rise in value-added tax that would hit the least well-off the hardest.

Two deadlines complicate the situation further: next Monday, Italy will suggest a candidate for a post in the European Commission. And on October 15, Italy needs to send its budget to officials in Brussels.