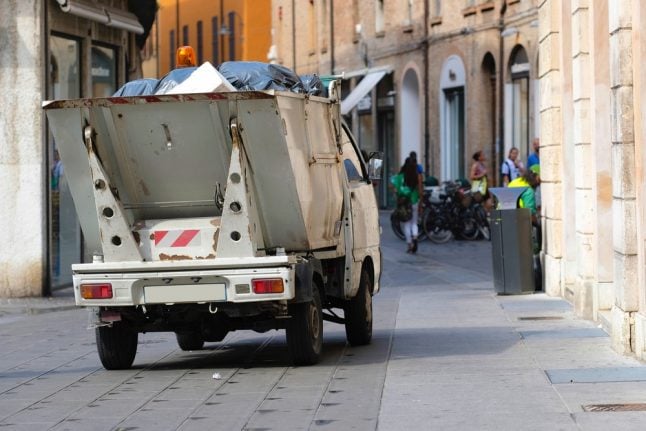 There may be recycling bins, but are they actually used? Photo: Photo: DepositPhotos

In some parts of Italy, visitors would be forgiven for wondering if the concept of recycling exists at all. Beaches piled high with rubbish and Rome's long-running problem with waste disposal don't exactly make the best impression.

But in other regions it's a totally different story, with recycling facilities that could put many other parts of Europe to shame.

As with so many things in this country, things vary greatly from one region – or town – to another. Waste disposal and recycling systems can be completely different, with some areas providing communal recycling bins, while others choose to hand out four or more small bins per household.

Some municipalities fine residents who fail to sort their trash correctly, while others barely remember to collect it at all.

Here's what The Local's readers had to say about their experiences of recycling around Italy.

The island of Sicily, which is one of Italy's autonomous regions, has a particularly bad reputation when it comes to recycling.

Not only do some areas have a severe lack of rubbish bins, but the bins you do find on the island are often overflowing – and heaps of discarded household and picnic trash is a sadly common sight on the island's beaches.

Liam Delaney in Marsala, Sicily said the island's issues with recycling stemmed from a lack of interest “on the part of some locals” and said more education on the importance of recycling is needed to solve the issue

In many areas, tourists get the blame for leaving rubbish behind. Rubbish left behind in a street in Venice. Photo: Depositphotos.

And in some parts of Italy, readers said the problem goes deeper than a simple lack of awareness.

Naples became infamous for its poor rubbish collection facilities, but city resident Tina C says waste collection in the city is now “acceptable, even good, depending on the area you live in. Things are changing.”

“But of course I'm just talking about tbe collection,” she continues. “After it's collected, who knows how it's actually disposed of? You still hear some pretty wild stories about mafia involvement, dumping, burning.”

In Rome, readers were scathing of a famously poor waste disposal system, which they said was mired in corruption and, again, controlled by organised crime gangs.

The city, and Italy in general, needs to “reduce the huge amount of waste produced, promote repairing used objects and second hand markets, promote returnable packaging, and invest in recycling of all materials within Italy rather than sending trash abroad,” he said.

Richard C, also living in the capital, blamed “Ignorance, corruption, lack of company participation” and said the city needs to educate residents – and prevent the mafia from being involved in running public services.

“In the provincia where I live, the recycling system seems to be pretty good. It's certainly a lot more thorough than the systems in place when I lived in the UK,” he said.

In fact, in Trento, “it's not unknown to read of fines being issued for incorrect separation,” he added.

Piemonte, too, has good facilities according to resident Toni Hilton: “Our area has good recycling, I can only surmise that the problem is regional..and urban vs rural.” With so much regional variation, even long-term Italian residents can become confused, especially when visiting a new area.

“More information would always be helpful as I often find myself wondering which bin something should go in,” Young added: “ A bit more nationwide standardisation would be helpful!”

Depending on the area you live in, when you move to a new address you may need to visit the local garbage office to set up collection payments and, if needed, pick up your household bins.

As one reader found, this process isn't always straightforward.

Information about your local area's recycling system and pickup days should be available via your comune, or town hall.