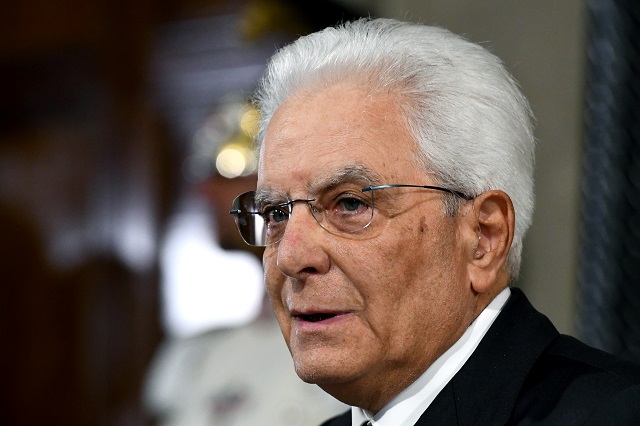 Italian President Sergio Mattarella finished meeting with key political players on Thursday to see if a viable coalition could be formed. This followed the disintegration of the long unsteady partnership between the anti-establishment Five Star Movement (M5S) and the far-right League.

“On Tuesday, I will hold further consultations and make the necessary decisions,” Mattarella told reporters at the presidential palace. “The crisis must be resolved in a timely manner and with clear decisions.”

After an intense 48 hours of political wrangling, Mattarella said a future coalition would need a specific program that could be passed in parliament. If a coalition is not formed then Mattarella could consider a technical government or call an early election – just 14 months after the last parliamentary vote.

The crisis comes after Prime Minister Giuseppe Conte resigned on Tuesday after months of alliance sniping and a bid by League leader and Interior Minister Matteo Salvini to force a snap poll.

A proposed alliance between M5S and the opposition centre-left Democratic Party (PD) – previously almost unthinkable after years of vicious arguments – has been gaining momentum, with official talks set to begin.

After discussions with Mattarella, M5S leader Luigi Di Maio said he was ready to negotiate for a “solid majority” in parliament. He listed ten key policies, including a plan to slash the number of lawmakers in parliament from 950 to 605. His party later held talks and gave official clearance for formal discussions.

'Not at any cost'

The PD's leader Nicola Zingaretti said he wanted to form a new government but emphasized not “at any cost”. Although the PD and M5S have been at each other's throats for years, the traditional foes have a motive for compromise – power and kicking Salvini out of government.

Zingaretti has said the party would back an M5S coalition dependent on five conditions, including a radical shift in Italy's zero-tolerance policy on migrants crossing the Mediterranean.

Salvini – under fire from other parties for instigating the crisis – appeared to backtrack on his earlier attempt to force new elections. After speaking to Mattarella, he offered to continue the coalition with M5S on condition it could pass legislation.

But at the same time he called for a snap election, saying “sovereignty belongs to the people”.

Salvini has sought to exploit the League's growing popularity, with opinion polls suggesting the party would win a new vote.

Meanwhile, former premier Silvio Berlusconi, head of centre-right Forza Italia, warned against forming a government with “a makeshift majority”. It would make “a mockery of the voters and be a betrayal of their will,” he said.

The end of the unstable coalition government has so far been welcomed by the markets, with the stock market up and Italian bonds rallying for a third day.

If a new coalition emerges, it will need to draft a budget this autumn that adheres to EU rules and energizes the economy, which is on the brink of recession. Some investors fear a snap election could lead to a League-led government with Salvini as prime minister, which could trigger a collision with Brussels over spending commitments in the debt-laden nation.

After last year's election it took months of wrangling before a government was formed. If a PD-M5S tie-up emerges, it would realistically need support from smaller parties to be an effective government.

The parties are also considering a female prime minister, according to media reports, which would be a first for Italy.