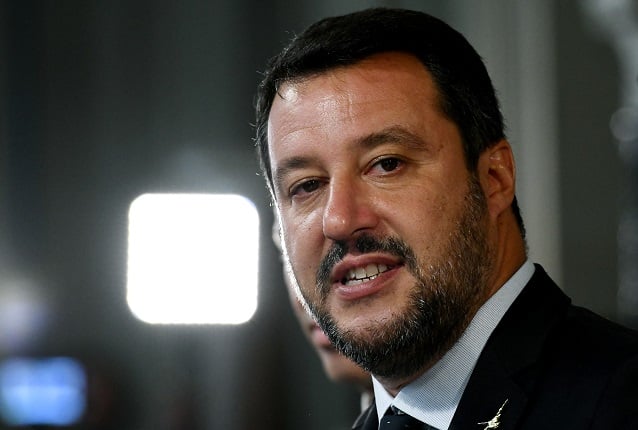 The Eleonore, run by German charity Mission Lifeline, is seeking a safe port after rescuing some 100 people from a collapsing dinghy in the Mediterranean on Monday.

Charity workers rescued the migrants after a run-in with the Libyan coast guard, which wanted to take them back to the crisis-hit north African country.

Italy and Malta have both repeatedly refused to allow charity vessels to dock until other European countries agree to help take them in. Six EU countries last week agreed to take in 356 migrants stranded on the Norwegian-flagged Ocean Viking ship in the Mediterranean after two weeks of deadlock.

Charities have blasted what they say is a lack of coordination and solidarity among EU member states in dealing with migration in recent years, with tens of thousands of people making the perilous trip to Europe across the Mediterranean.

But the ban on the Eleonore entering Italian waters may be one of the last he issues. Italy's political parties are locked in fraught negotiations in a bid to form a new coalition after the populist government collapsed earlier this month.