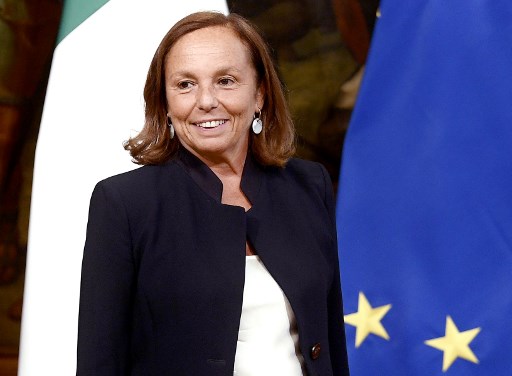 The new administration, sworn in today, has a delicate balancing act ahead: it hopes to soften the hardline anti-immigration policies introduced by previous interior minister Matteo Salvini, but will be wary of scrapping a policy which won him large support.

The head of the far-right, nationalist League, Salvini used his role in the previous government to promote his party's aggressive stance against the EU and wage war on charity vessels saving migrants in the Mediterranean.

Prime Minister Giuseppe Conte on Monday made a first attempt to repair frayed relations with Brussels by saying Rome was keen to “resume negotiations with the EU… to finally arrive at a European management of the immigration problem”.

He also called for a rethink of the “Dublin regulation”, which assigns responsibility for migrants to the nation of first entry.

Italy is on the front-line for many of those fleeing war and poverty in Africa who set out to sea from Libya. Rescue ship crew approach migrants on an overloaded dinghy in the Mediterranean in May 2019. Photo: AFP/SEA-EYE.ORG

Finland, which currently holds the rotating presidency of the European Council, said Wednesday that the upcoming Malta summit on immigration would “resume the work done in Paris, in the hope of moving in the right direction”.

At a working meeting in the French capital in July, some 14 European countries agreed to implement a “solidarity mechanism” to allocate migrants rescued in the Mediterranean across the bloc.

Salvini hardened his anti-immigration policies during his 14 months as interior minister, ranting against migrants on social media platforms and creating laws which forced refugees out of camps and onto the streets, aimed to close the country's ports to rescue vessels, and made it harder to obtain Italian citizenship.

The coalition of far-right League and anti-establishment Five Star Movement (M5S) began forbidding ships carrying migrants from entering the country's territorial waters, leaving them stranded for days or even weeks at sea.

The new laws also made it possible to impound charity vessels and slap their captains with fines of up to one million euros.

He said the duty to save lives in danger at sea took precedence and the fine was too draconian.

The new government, a tie-up between the M5S and centre-left Democratic Party (PD) is expected to adopt a more pragmatic approach, particularly as new interior minister Luciana Lamorgese is not affiliated with any political party.

In stark contrast to the previous interior minister, Lamorgese is an experienced migration policy expert who apparently has no social media accounts.

“What is certain is that there will be less media attention on the immigration problem,” Lorenzo Castellani, political science professor at the Luiss University in Rome, told AFP.

“The new government will seek a deeper dialogue with the EU on the Dublin regulation, and will lower the tone on rescue charities,” he said.

But he warned that while Salvini has suffered a slight dip in popularity since pulling the plug on the M5S-League government, an attempt to capitalise on that by relaxing Italy's law on migrants entirely would be “politically dangerous”