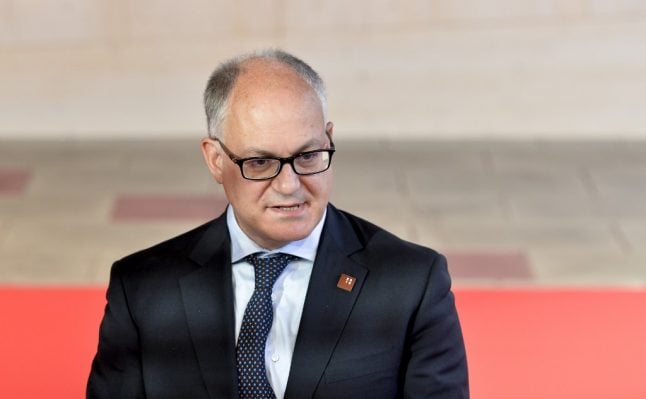 His nomination demonstrates the new government's desire to turn the page on the thorny relations with the European Commission that typified the former populist administration, notably on spending.

Former history teacher Gualtieri, 53, will be well-positioned to negotiate next year's budget for the eurozone's third- largest economy with Brussels — the new government's most pressing, and challenging, task.

He has been the chair of the European Parliament's powerful economics committee since 2014, and was responsible for pushing through a raft of financial reforms intended to strengthen Europe's financial pipework in the wake of the crisis.

A member of the European Parliament and of Italy's Democratic Party, Gualtieri is already a frequent presence at EU finance minister meetings and has had a front seat to developments in the eurozone, including the Greek debt crisis in 2015.

“He knows the European institutions well and how they work,” an EU source told AFP. “The Italians have been quite clear about pursuing their own reading of the EU's fiscal rules and he knows very well the limitations of that.

“It's an asset to have someone with that experience,” the source said. Earlier this year, Brussels formally put Italy on notice about its worsening deficit and snowballing debt but stopped short of penalising the country using the so-called excessive deficit procedure.

Gualtieri is pretty much the opposite of populist former deputy prime minister Matteo Salvini, who spent much of his time in office railing against Brussels before he sparked the crisis that ended his role in government.

'Good news for Italy and Europe'

Gualtieri is also known for playing the guitar, including performing solos at European Parliament events, notably after tough negotiations.

“He seems quite a calm guy, reasonable, never heard him raise his voice. He's also quite self-confident,” the EU source said.

Gualtieri is reportedly “not a fan” of the European Commission's Stability and Growth Pact, under which EU members must consistently reduce their deficits and target a balanced budget in the long term. The pact was the main problem between Brussels and the previous government in heavily indebted Italy.