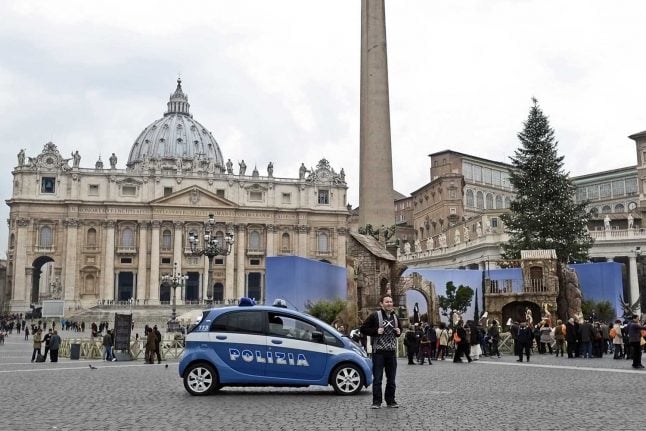 The eight Tunisians and two Italians are suspected of having set up false bank accounts and businesses to move large sums of money and avoid taxes, said the prosecutors' office in Aquila in the central Abruzzo region.

The iman being sought was based in the city of Teramo in the same region, the statement added.

And some of the money was earmarked for imams in Italy, “including one convicted for association with a group linked to international terrorism”.

Prosecutors have already seized more than a million euros ($1.1 million) in money, property and other assets belonging to one of the 10 suspects, an Italian accountant, said prosecutors.

Investigators later told journalists that a Tunisian living in Turin, northern Italy, was believed to be the ringleader.

He owned companies involved in construction and the carpet trade.

“We have reasonable cause to believe that the group… created secret funds that were transferred to Turkey, where they financed the departure of aspiring terrorists to Syria,” Aquila prosecutor Michele Ranzo told journalists.

Pasquale Angelosanto, a general in the para-military carabinieri police force, added: “In many recorded telephone conversations, the suspects spoke about Syria and Iraq, referring to an Al-Nusra unit towards which it directed aspiring fighters;”