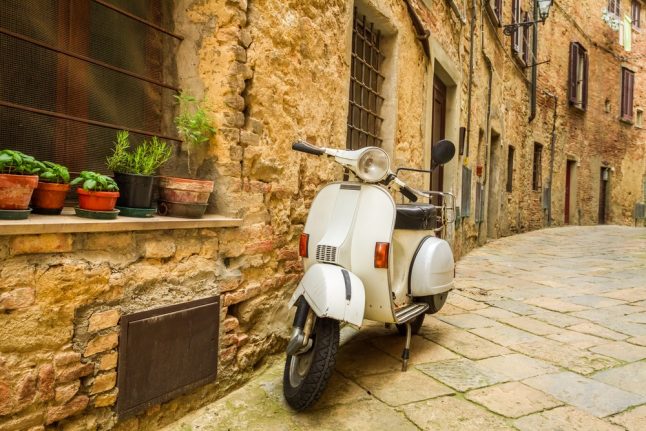 Italian motor giant Piaggio has lost a case against a Chinese company it accused of copying the design and form features of its perennial bestseller: the Vespa scooter.

The EU’s Intellectual Property Office (EUIPO) ruled on Tuesday that Zhejiang Zhongheng industry’s flagship scooter had “its own individual traits” when compared to Piaggio’s Vespa LX, the former having more angular lines compared to the latter’s rounded features.

“There is no risk of confusion among informed users,” the judges concluded. The Luxemburg court’s decision comes five years after Piaggio first presented the alleged intellectual property infringement case to the EU, claiming that the Zhejiang scooter's EU product registration was unlawful as it copied the design of the iconic Vespa, on the market since 1946.

Despite the court’s ruling, there is little reason for the classic “motorino” (scooter) manufacturers to be concerned about sales.

Since 2008, over 1.6 million new Vespas have been produced and sold worldwide. Last year Vespa sales grew a further 16 percent after a record 2017.

In March, the Vespa GTX model was voted “Scooter of the Year” at Germany’s prestigious Motorrad Awards.

As for the LX series, the first model was released in 2006, a fusion between the old-school design of the first Vespas with more modern features. Its name stands for the Roman numerals for 60 (to mark the sixtieth anniversary of the first Vespa scooter).