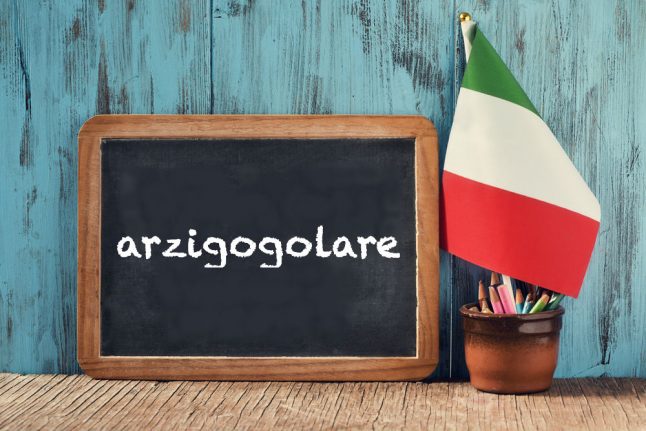 Today's word was suggested by a reader, who describes it as “exquisitely Rococo, in both form and substance”.

Indeed: minimalist, arzigogolare ain't. Let's start with the pronunciation of all six – count 'em, six – of its syllables: “ar-tsi-go-go-lar-eh”.

It means, as one dictionary charmingly defines it, 'to build castles in the air'. Or to put it more simply, 'to invent' or 'dream up'.

Chissà che cosa stai arzigogolando.
Who knows what you're dreaming up.

While that might sound pleasant enough, the implication is usually that you're going off on a tangent, making things needlessly complicated, plucking things out of the air.

One theory goes that the word comes from the Ancient Greek archaiologeo, meaning to talk about old things or times past – in other words, to not get straight to the point.

Spiegati senza arzigogolare.
Explain what you mean without making it too complicated.

If you arzigogolare su qualcosa, you're quibbling or arguing about it in an overly complex way.

As an adjective, arzigogolato means 'convoluted', 'contrived' or 'tortuous'.

In other words, arzigogolare probably isn't something you want to be accused of doing. And with that in mind… I'll stop myself here.