People's habits change in subtle ways when they move abroad, and in food-obsessed Italy the changes are most obvious when it comes to eating and drinking.

When you first move it’s likely you’ll still be craving foods from home or (if you’re like me) pouring milk into your tea for some time. But sooner or later you’ll find you’ve ditched your old ways and adopted Italian-style dining habits.

Here are just some of the ways your eating and drinking habits might change in Italy – depending on how resistant you are.

The biggest and most obvious change for most people is that you’ll be eating high-quality, fresh produce pretty much all the time, whether you eat at restaurants or cook at home.

Fresh food markets are common in Italy, so it’s easy enough to get hold of the best ingredients yourself. But even if you stuff your face with pizza and gelato, there’s a good chance even that will be handmade with fresh ingredients. 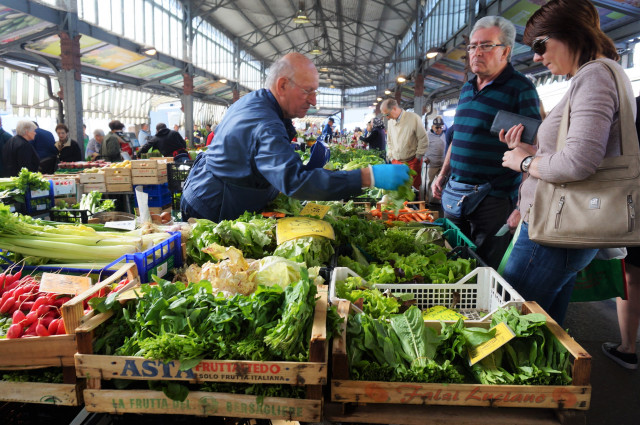 If, like many of us Brits, you’re used to drinking big mugs of strong black tea with plenty of milk and sugar, you might think you’ll never be able to live without a proper brew. But once you’ve been in Italy for a few months/years (delete as appropriate for you) you might be surprised to find yourself turning your nose up at the very idea of putting milk in your tea – or just drinking coffee instead.

Lovers of chilli and all things hot and spicy won’t have much luck in Italy. Unless you’re in Calabria, the home of spicy ‘nduja, you can forget it. Those of us who love an Indian curry (or any other sort of international cuisine) will have to take time to hunt one down.

And you’ll probably also need to ask the waiter to spice things up (più piccante per favore) as dishes are toned down to appeal to Italian palates.

READ ALSO: Good curry in Italy? It exists, and it’s in Florence

Despite moving to the land of aperitivo and endless varieties of (very affordable) wine, it’s time to put your binge-drinking ways behind you and become more civilised. At least if you’re from a country where big nights out are the norm. You’ll probably have a tipple a lot more often, including at lunch, but you’ll stop drinking until you drop on a Saturday night. (If you do, you’ll be the only one – drunk Italians are a rare sight.)

Warning: this one may take a long time to get used to. 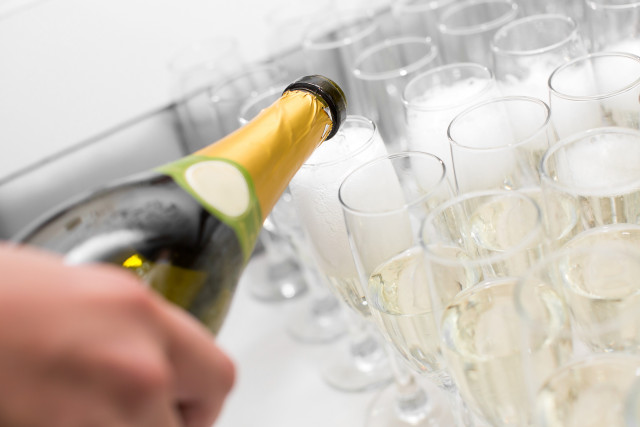 Leave some for other people. Photo: Depositphotos

The two-hour lunch may be in decline in (some) Italian cities, but it’s far from a thing of the past. Taking time to eat lunch, or any meal, “properly” is paramount – you won’t find anyone here scarfing a sandwich at their desk.

Italian state employees also get food vouchers which can be used at restaurants or supermarkets, and some workplaces have full kitchens where employees can cook and eat together.

Nothing but wine (and water) with meals

You might be used to having a beer, soda, or something else with your lunch, but that’s all about to change if you’re moving to Italy. Here instead water is essential with every meal, and wine is practically seen as a condiment, essential to the enjoyment of food.

The excepton is pizza, which you can drink beer with. 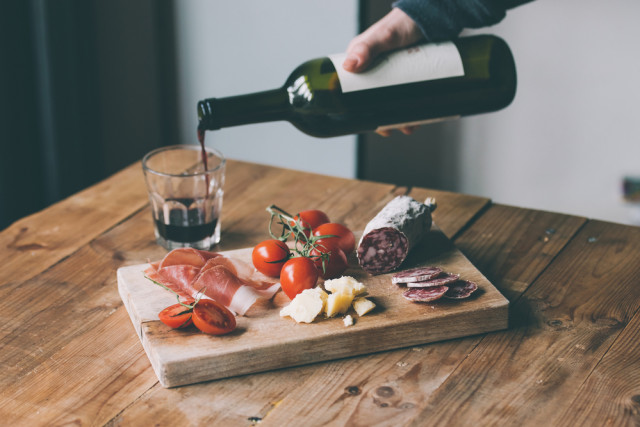 Ever thought you’d find yourself eating a tripe sandwich – and enjoying it? What about kidneys, or fried brains?

These dishes might not be on the menu at Italian restaurants abroad, but in Italy they’re very traditional and still popular today. particularly in areas like Tuscany. You’ll know Italy is truly your home when you start choosing offal at restaurants.

One of the strangest (and unhealthiest) things about life in Italy is the fact that you often can’t get anything for breakfast but cake. While this seems like heaven on earth when you’re on holiday, it quickly gets old when you live here and have to go to work – or think about the effect on your health. (Other popular Italian breakfast options seem to be sugary cereals, biscotti swimming in a big bowl of warm milk, or just coffee and a cigarette.)

Once you start ditching your once-healthy (or at least substantial) breakfasts for a quick sugar hit, you’ll know you’ve really gone native.

One of the biggest myths about Italian food is that it’s all about pizza, pasta, and cheese. I mean, it is about those things, but you’ll also eat a huge amount of fruit and vegetables – all of it seasonal and locally grown. And delicious, especially if you’re used to it tasting mostly of water.

Even if you rarely touched fruit before moving to Italy you’ll soon find yourself dreaming of fresh fig season and going on about the tomatoes. They really do taste that good. 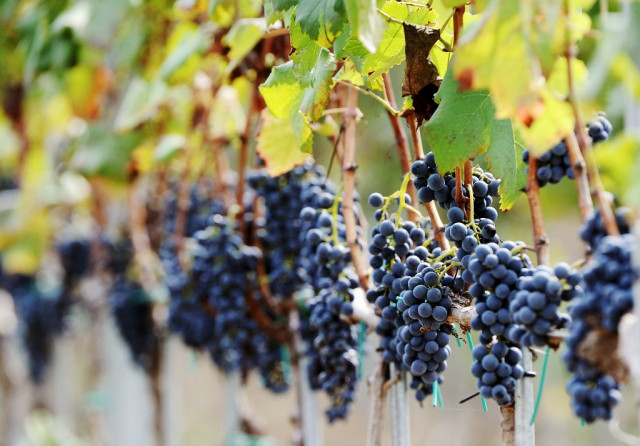 Dessert is a must

Even if it’s just a piece of fruit, there’s always something sweet to finish even the simplest meal. While back home dessert is seen as a bit of a treat, here it’s just standard – and soon you won’t be able to do without dessert.

Knowing all the food rules

Italy famously has quite a few food rules which foreigners inevitably get wrong. It’s not our fault – the rules just don’t make any sense to us, at least at first. Why can’t you put cheese on seafood pasta, or have meatballs and spaghetti on the same plate? And what’s wrong with salad as a starter?

The truth is that not all Italians follow these unwritten rules at home. But it’s good to know that asking for grated cheese on your seafood linguine in a restaurant won’t go down well.

Even if you thought they were nonsensical to begin wth, sooner or later you’ll be following all the rules yourself without thinking – and giving the side-eye to people who get them wrong.

Maybe you used to insist on having your steak well done back home, but Italian chefs wouldn’t do such a thing to their prized cuts of prime beef. Asking them to might cause serious offence.

But once you get used to having your steak cooked “properly” (pink in the middle, at the very least) you’ll never be able to go back.

Smothering food in oil and cheese

In Italy, those concerns we have in western countries about fats and oils just don’t even register.

I’m always being encouraged to pour more olive oil on my food, and to cover it in a snowdrift of grated parmesan. For the taste, of course, but also because both foods are believed to be full of health-giving properties – and your 90-year-old nonna probably swears by it.

It’s hard to prove whether this is really true or not, but since moving to Italy I’ve definitely relaxed my attitude towards fatty foods.

As for low-calorie cooking sprays – what are those? They’re hugely popular in some countries, but most Italians I know would dismiss such a thing as unnatural, flavourless, and overpriced. Why would you bother with that when you’ve got ten litres of homemade olive oil stored in the basement? 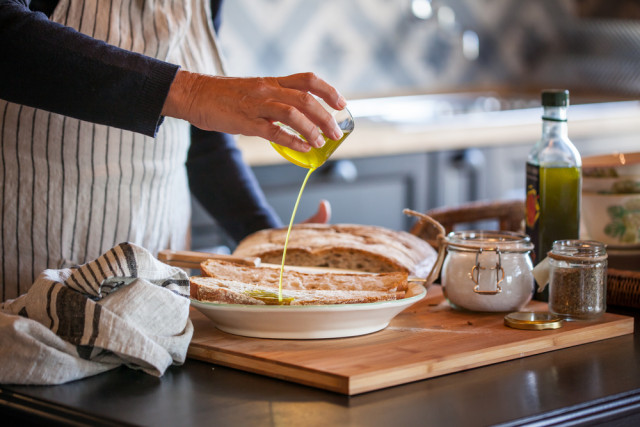 Back home in the UK, a (proper) night out doesn’t include eating – a rule which is so elegantly summed up in the phrase “eating is cheating”.

But in Italy, this would never happen in a million years. Bars always offer you a few little snacks (stuzzichini) with your drink: usually crisps and olives at least. Aperitivo “hour” involves a full-on hot buffet. Nope, there’s no danger of that spritz going to your head.

While McDonalds does exist in Italy, I’m yet to meet an Italian who has anything less than a scathing opinion of it. Ready meals and pre-prepared foods in supermarkets are scarce. And you can forget about ordering a late-night takeaway, too.

As far as most Italians are concerned, take-out food is pizza – and that’s it. And everyone knows pizza is best right out of the oven, and sweats in the box, so why not just go to the pizzeria down the street?

And we’re talking about the fresh, handmade article, of course. The sight of the oily, cheese-laden version you can get in other countries could reduce many an Italian to tears.

After some time in Italy, you too will no doubt find the very idea of greasy takeaways revolting. 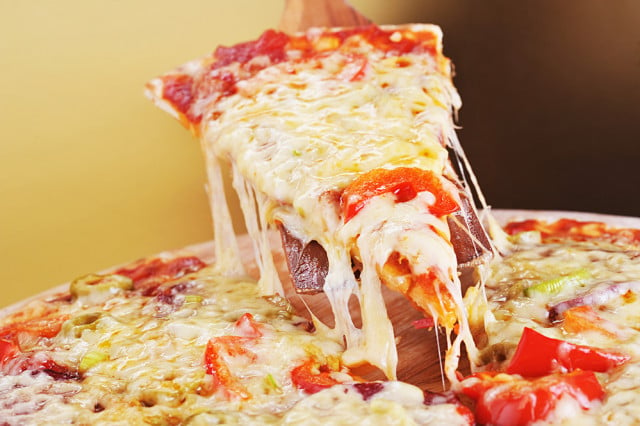 While you might previously have avoided drinking coffee after dinner, thinking it would ruin a good night’s sleep, it won’t be long before you’re ordering a caffe after every meal. Dinner just won’t be the same without that delicious little shot of caffeine. (But not a cappuccino, of course – you’re not a heathen.)

No more filling your wine glass to the top

While it might not seem like a bad thing to slurp from a glass of wine that’s full to the brim at home, in Italy it’s a big no-no. So take your time, there’s plenty of wine to go around.