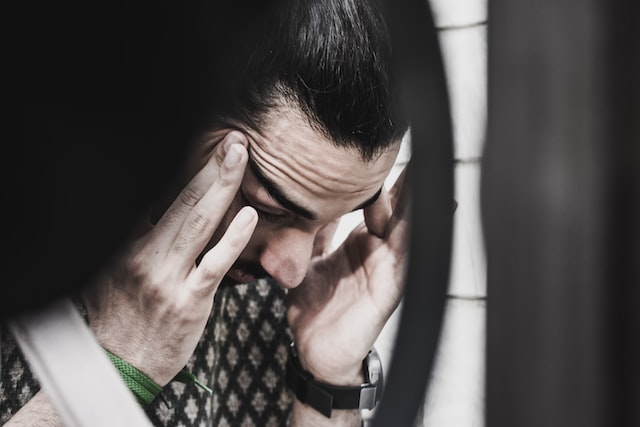 When someone gets on the wrong side of you in Italy, there's no shortage of ways to describe what's wrong with them. Photo by Siavash Ghanbari on Unsplash

While Italy is known for its friendly population, you’ll no doubt come across a few more difficult characters before long. And some colourful word choices will no doubt be in order when later describing these encounters.

The Italian language offers us endless crude anatomical expressions, and countless ways to call someone a moron. But if you want to get a bit more specific or creative when describing exactly what is wrong with the person who just crossed you, we’re here to help.

These aren’t by any means the rudest words in the Italian language, so you won’t be blurting out something truly inappropriate that’s going to cause mortal offence.

But as you’d expect of a good Italian insult, they’re all extremely descriptive, fun to learn, and even more satisfying to say.

In Italy, the concept of furbizia (cunning or slyness) or the need to be furbo – the overwhelming desire to get one over on other people – is very well known. It sounds a bit like the English word ‘furtive’ because it has the same root.

A particuarly sly and slippery character then can described as a furbacchione.

Stress it like this: fur-bak-YOH-neh. Now, don’t you feel better?

This is one I hear a lot in southern Italy, where being furbo (see above) is an elevated art form and, if you’re involved in any sort of financial transaction or business deal, you can very quickly start to feel like everyone’s out to screw you over.

If you get that sort of feeling, it’s a sure sign that the person you’re dealing with is an imbroglione.

Depending on context, this word can mean anything from ‘cheat’ to ‘bullshitter’, but it’s definitely never a compliment.

If someone has gone beyond being a bit slippery and is just telling you outright porkies, here’s the word to use.

Una bugia (pronounced boo-jia) is a lie, and the person telling them is a bugiardo/a.

Bonus weird language fact: A bugiardino is not a ‘little liar’, as you might imagine, but in many regions of Italy the word has come to mean a ‘leaflet’ which is jokingly acknowledged to be unhelpful, either because it omits important information or simply contains lies. It’s most commonly used to describe the instruction leaflets found inside packs of medication: make of that what you will.

Literally ‘a big do-nothing’, the fannullone (from fa nulla, or ‘do nothing’) probably can’t even be bothered to indulge in a spot of furbizia. You could also use the word ozioso, meaning ‘idler’.

Perdere tempo means ‘to waste time’ and un perditempo is a person who does just that.

This can be a difficult concept in Italy, where efficiency is not exactly everyone’s top priority. But it’s used particularly in the context of wasting a salespersons’ time – think of ‘tyre-kickers’ at a car showroom.

If you live in a small (or not so small) town in Italy, you’ll have noticed that everyone knows everyone else and few people mind their own business.

While un pettegolo is the word for a garden-variety gossip, someone particularly fond of spreading malicious or scandalous tales could also be called una malalingua (literally “bad tongue”), which makes them sound like a fairytale witch.

This is another word for a gossip, as well as someone who can’t keep secrets, or just simply can’t stop talking.

From chiacchierare (to chatter), the chiacchierone probably asks a lot of intrusive questions and loves the sound of his or her own voice.

That person who stayed at your house in Italy gratis for several weeks, ate all your food, and didn’t even say grazie? Feel free to describe them as a scroccone.

From the word approffitare, which roughly means ‘to take advantage of’ or ‘to benefit from’, an approfittatore is a person who does just that at the expense of others – and doesn’t feel the slightest bit bad about it.

Menefreghista – someone who couldn’t care less

This one doesn’t translate too easily into English. It derives from menefreghismo, the word used in Italian to describe a culture of people just not caring.

This in turn derives from the Italian phrase me ne frego, which roughly means ‘I don’t give a shit’ – a phrase no doubt used often by the menefreghista.

You might also enjoy our guide to the gestures and insults you’ll need when arguing like an Italian, as well as a list of the most creative insults the language has to offer.

I added up the costs, the bill checks out.