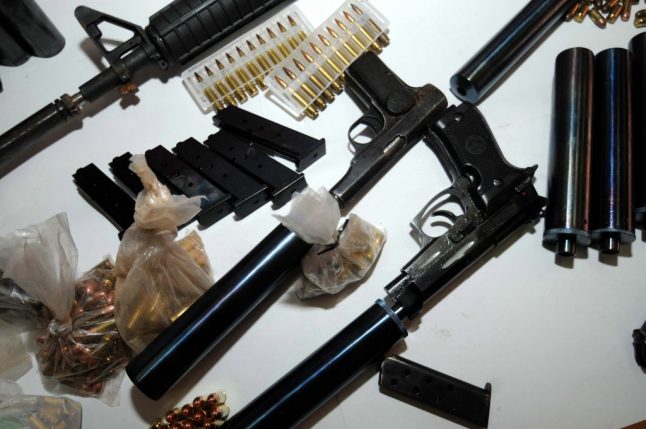 The haul was discovered in a garage by a sniffer dog during a raid in the southern city of Reggio Calabria, known to be in the grip of the 'Ndrangheta organized crime syndicate, now considered Italy's most powerful mafia group.

READ ALSO: Meet the 'Ndrangheta: It's time to bust some myths about the Calabrian mafia

Under towering piles of clothes stashed in the garage police found “over two and a half kilos of explosive (gelatin-dynamite, with fuse and detonator), and a 1,100-gramme block of cocaine”.

The explosives, fuse and detonator “could have been used to make a very powerful so-called Improvised Explosive Device (IED),” police said in a statement. They also found two machine guns, six hunting guns, a shotgun, four semi-automatic guns, one revolver and over 500 bullets.

“The offensive potential of this arsenal is astonishing,” the police said.

The stolen weapons were believed to belong to “a local unit of organized crime”, said the police, who arrested the man who had been renting the garage, known only be the initials G.D.