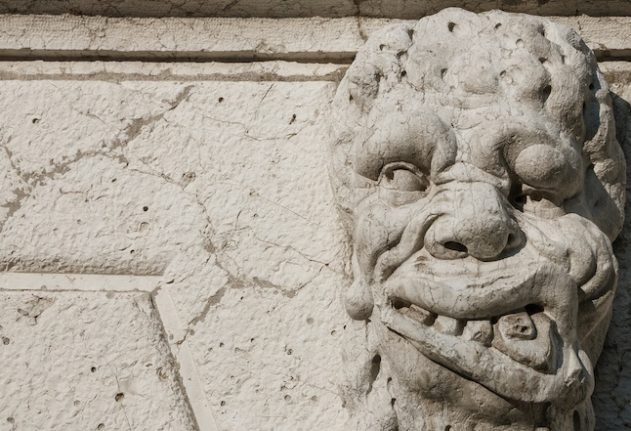 These Italian tongue twisters might get you grimacing. Photo: DepositPhotos

From crazy long words to some choice scioglilingua (literally 'tongue loosener', the Italian word for a tongue twister), here are ten ways to give your mouth a workout in Italian.

This 26-letter word might refer to doing things quickly, but it isn't one you'll be rushing through. It's composed of  precipitevole ('hasty'), the suffix ~issimo ('very') plus the ending ~mente (like ~ly in English, it turns an adjective into an adverb) – giving you an extremely long way to say 'very hastily'.

Struggling to say it? Try singing it.

Ready for a trickier one? Trying saying this: 'We go sailing with nine new ships, but one of the nine new ships doesn't want to sail.'

Get ready to roll your Rs, by saying: 'Thirty-three people from Trentino came to Trento, all thirty-three of them trotting.'

You've probably got how this works by now: take your adjective, add ~issimo and turn it into an adverb to end up with one of the longest words in the Italian dictionary. This one comes from the adjective particolareggiato – already pretty long to begin with – which means 'detailed'. So this adverb translates as 'in an extremely detailed manner'.

This tongue twister plays on the rhyme between chi ama ('who loves') and chiama ('calls'). It means: 'Whoever loves calls who they love. You call me since you call who you love. I’ll call who I love if you don’t call me.'

This medical term isn't one you'll be needing every day, unless you're a very specific type of doctor: it refers to an area of study relating to the nervous system, hormones and the immune system, psycho-neuro-endocrine-immunology. At 30 letters, it's one of the very longest words in Italian.

Of course Italian has a tongue twister about food. Several, in fact, but this one's particularly nice because it rhymes (and is frankly sensible advice). It means: 'Cut the garlic on the cutting board, don't cut the tablecloth. The tablecloth isn't garlic, if you cut it you've messed up.'

Which words do you have trouble pronouncing in Italian? Send us your suggestions by email or in the comments below.