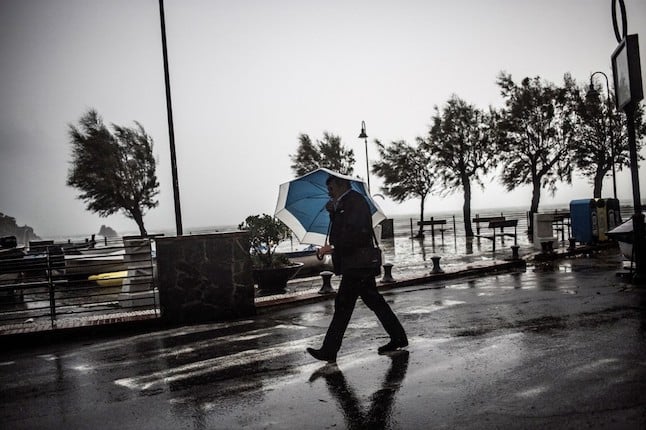 Storms on the coast of Liguria in October 2018. Photo: Marco Bertorello/AFP

Heavy rainfall overnight left much of central Milan under several centimetres of water, with authorities warning that the river Seveso was close to bursting its banks.

Some roads were closed for floods or fallen trees, while some cars found themselves stranded in flooded underpasses. Traffic was backed up throughout the city, with disruption also reported on trains and trams.

The storms reached Genoa and other parts of the north-west coast early on Monday morning, battering the region with winds of nearly 120 km/hour.

Many of the city's schools were closed as a precaution, as reports came in of fallen trees, blackouts and flooding near Genoa airport. Two rivers flooded near the town of Albenga in the province of Savona, where more than a centimetre of rain fell in the space of just five minutes.

The rest of Liguria and parts of Lombardy and Piedmont were put on orange alert, while Emilia-Romagna, Tuscany and Valle d'Aosta were on yellow.

It's the second time in a week that the north-west has been hit by heavy rain.

This autumn is already shaping up to be one of Italy's wettest on record. According to an analysis by farmers' association Coldiretti, Italy has seen the equivalent of three storms a day in recent weeks – 18 percent more than the same period last year.