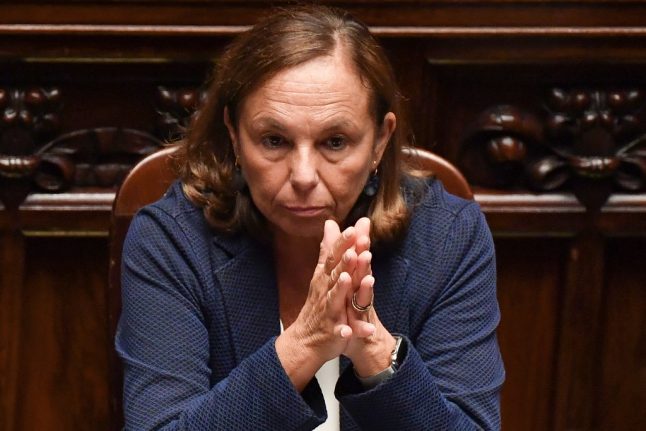 Lamorgese told the Repubblica newspaper that this year 9,600 migrants and asylum seekers had arrived in Italy, compared to 22,000 in 2018.

Repubblica questioned Lamorgese — a 66-year-old former civil servant who has no political affiliation — after Salvini spoke of a “tripling” of migrant landings in Italy and called for the “invasion” to stop.

“I do not have such information. We are not facing any invasion,” said Lamorgese, who took up her role in September after the formation of the new coalition government between the Five Star Movement (M5S) and the centre-left Democratic Party (PD).

She said the only increase in arrivals occurred in September 2019.

Lamorgese also dismissed Salvini's comments that Rome would authorise the return to Italy of migrants in Germany on chartered flights.

“Nothing has been decided,” she said.

Under the EU's Dublin Regulation — which states that migrants should be sent back to the country they first arrived in if their asylum request is denied — the former government between Salvini's far-right League and M5S, had agreed that more than 2,300 migrants be repatriated to Italy.

She said for this year, 1,351 “Dubliners” would be sent back to Italy.

Lamorgese highlighted the arrival in Sicily this week of about 100 migrants rescued in the Mediterranean after France and Germany agreed to host many of them.

France, Germany, Italy and Malta reached a deal in September to try to avoid ships carrying migrants being held up for weeks while countries decided their fate on a case-by-case basis.

On the controversial 2017 agreement between Italy and Libya to block migrants leaving the coast of the North African country, Lamorgese said the deal could be improved.

She said Rome's plan was to “further support assisted voluntary repatriations” led by the UN refugee agency and the International Office for Migration.

The process has allowed 25,000 migrants to return to their countries,Lamorgese said, adding that it was necessary to “empty” Libya's detention centres, which have been criticised for abuses.

She said Italy has also sped up the repatriation process for migrants who are not entitled to asylum.