What do foreign drivers need to prepare for in Italy? Photo: Marco Bertorello/AFP
The Local Italy
[email protected]
@thelocalitaly


Are Italian drivers really as bad as everyone says? Writer Gordon Craigie shares his observations from more than a decade of driving in Italy.

But there are more specific quirks that may take you by surprise. So to help make your driving experience in Italy a little bit more predictable, here’s a personal view of the top ten Italian driving habits to watch out for.

Just as you’re happily bowling along the autostrada in the outside lane, you’re suddenly aware that the car you’re about to pass is drifting towards your lane. Hang on, no it’s not, it’s drifting towards the safety fence, no, it’s coming back again…

There are usually only two possible explanations for this: the driver is either drunk, which is rare but not unheard of, or far more likely, they’re glued to their mobile phone. And most probably texting – yes, it’s illegal, but hey, this is Italy.

My advice? Wait until they’re heading towards the inside again then accelerate past as quickly as is safely possible.

If there’s a line on the road, and they’re not wavering, then Italians do like a good straddle. I have no idea why they do this but it is so widespread even I get tired of hearing myself yelling “pick a lane, any lane, but stay in it!” several times per journey. 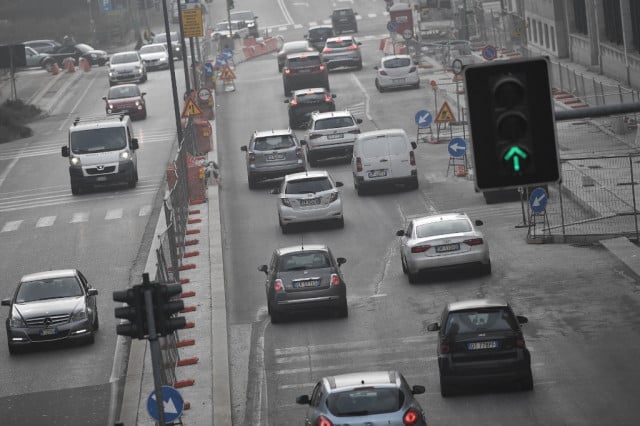 How many lanes…? Photo: Marco Bertorello/AFP

This habit is particularly evident on the autostrada where even the hard shoulder is fertile territory for an Italian straddler.

But you’ll also witness straddling on single-track country roads too, where, if there are no lines, they’ll just drive in the middle – making it impossible to overtake and leading to some heart-in-the-mouth moments if you’re approaching with only rough terrain or a ditch, hedge or wall on your inside.

All you can do in this latter scenario is slow down, get as far to the right as you can, then pray. It usually works…

Your average Italian driver definitely looks on indicating as an optional activity. And on the rare occasions that an indicator is activated then it is highly likely that it will not be cancelled for many, many kilometres.

This is almost compulsory with drivers of the three-wheeled Piaggio Ape – in fact, I’m certain some Apes come with one permanently flashing indicator as a factory-fitted option. 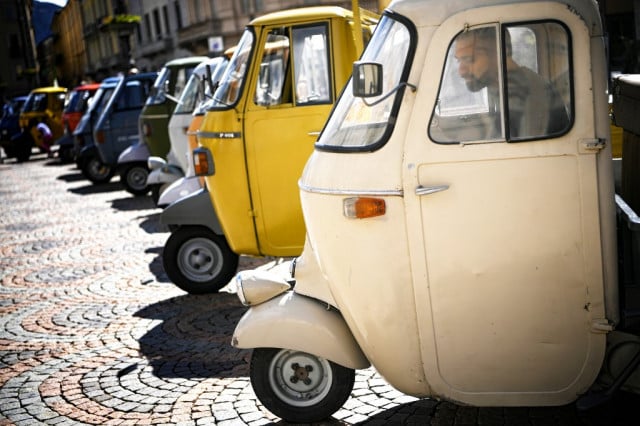 In all cases, however, it is not uncommon to see drivers indicate left then turn right and, equally but far more dangerously, indicate right then turn left.

They’re also very fond of hazard warning lights, and equally reluctant to cancel them. They usually, and quite usefully, are very quick to bang on the hazards when approaching queuing traffic but again, they can stay on ad infinitum despite the car resuming its 130+ km/h cruising speed.

My advice is never to take any indication as intentional, and expect the unexpected.

What is it with Italians and lines? When approaching any kind of junction they appear to be fundamentally incapable of stopping on, or before, the stop line. There will always be at least half a metre of car protruding into the carriageway, and very probably still edging out.

An extreme version occurs mainly with older drivers, who demonstrate a “if I don’t look at you, you’re not there” philosophy while emerging at 3 km/h.

The only way to deal with either situation is to be constantly aware of side junctions and always be ready to brake and/or swerve.

5. Disembarking from a moving car

Yes, you read that right, and this is indeed an art form. It can be viewed in many contexts but is easiest to spot when an Italian pulls up at a bar for one of the day’s obligatory coffees. You watch: the car slows down, the engine cuts out, the door opens, the driver sets one foot out and then, and only then, the car comes to a dead stop. 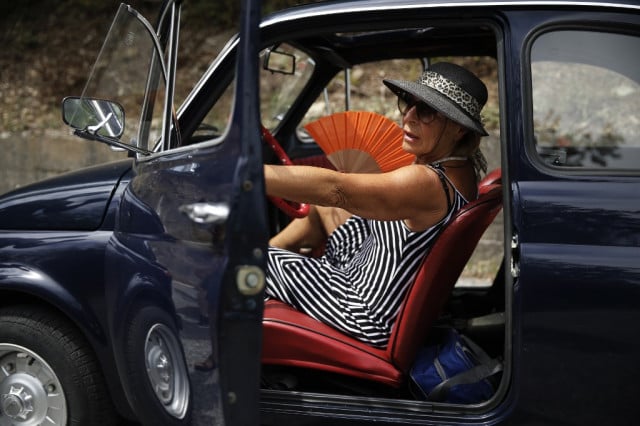 Have you mastered the Italian art of getting out of a moving car? Photo: Marco Bertorello/AFP

I have no idea how they do it. I’m not sure it’s even technically impossible with modern cars. But this isn’t something that requires a solution. Just watch, marvel, and enjoy your coffee.

This is another trait perhaps best observed from the terrace of a bar. Many cars will pass and, somewhere inside your head a little voice will be screaming “change up” or “second gear!”

This particular phenomenon can occur with any car but is particularly prevalent in what I call the ‘Ape GT’, which is the four-wheeled version of the Vespa-based Ape. Intriguingly, these particular 'microcars' do not require a full driving licence and the smallest can be driven in Italy from age 14 (let us just ponder that for a moment…). 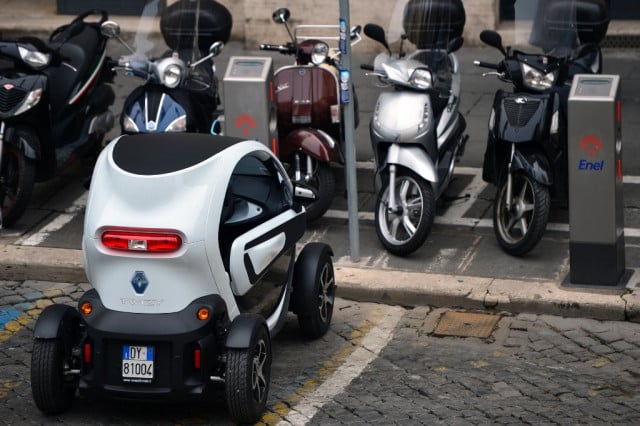 The sound of its engine is like a straining hairdryer at best, but is given mosquito-whining levels of annoyance when in the hands of a reluctant gear changer.

This isn’t so much a quirk as a complete refusal to recognize that parking doesn’t mean just stopping a car randomly with no regard whatsoever for lines, kerbs or the proximity of other vehicles.

Parallel parking simply doesn’t exist and, especially in big cities, bumpers are for, well, bumping. When combined with point five above, watching an Italian parking can be another entertaining diversion, as long as your car isn’t anywhere nearby. 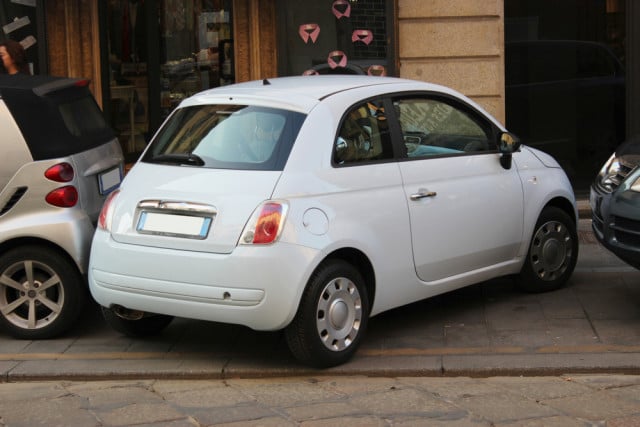 Many newer car parks, thankfully, have bigger spaces, but it is still rare to see a vehicle parked wholly within the lines and with the wheels perfectly straight.

In a huge car park, if you decide to park ‘away from it all’ to avoid any potential difficulties it is absolutely amazing how many times you return to find another driver parked right next to you in the middle of nowhere. They’re also particularly adept at parking only millimetres away from the driver’s door.

The only possible strategy here is to think ahead, choose your parking spot wisely and allow for all eventualities.

No, not that, but flashing headlights in Italy means the exact opposite of a friendly ‘after you’ flash of the kind we do in the UK. In Italy, it means ‘get out of the way’ and quickly.

Where you really need eyes in the back of your head is when you’re gleefully hurtling down the autostrada at, or close to, the limit. You may suddenly be aware of flashing lights behind you that weren’t anywhere in your mirror ten seconds previously but are now within touching distance of your rear bumper. They don’t actually care that you are only half-way through overtaking a line of five or six wavering truckers and have nowhere to go, they just want you out of their way, pronto.

In this particular instance your only option is to ignore them and continue your manoeuvre but, when you’re ready to move back in, do check behind carefully as – and you won’t believe this – they may have decided to undertake you at this point.

In all other situations, just remember the flashing is a warning, not a courtesy.

Now, roundabouts themselves are not a problem. Me, I’m quite partial to a well-placed roundabout. When we first moved here 12 years ago there were none. I can still vividly remember my first encounter with an Italian roundabout, and a half-finished one at that, on a cold, dark winter’s evening in the middle of nowhere… Now that was a bumpy ride. 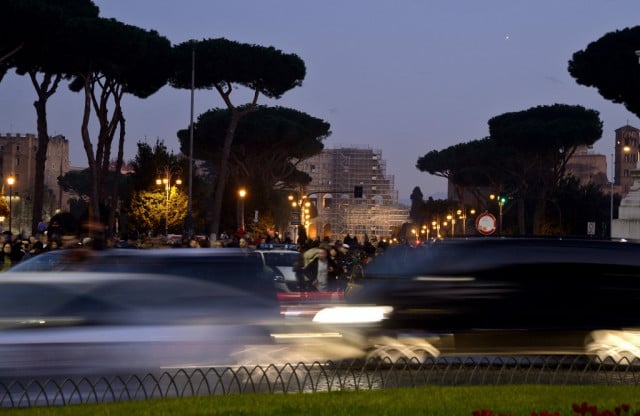 But while roundabouts have since become part of the scenery, the average Italian’s inclination to follow the required etiquette has not progressed at an equivalent rate. You can never assume that you have priority when you should and, particularly with the smaller rotatoria, you should never assume that your Italian counterpart, whether prioritized or not, will go round, and not over, the roundabout.

My only advice here is, once again, to always be aware, be very aware.

Italian road engineers must go to very different schools than their UK, German, Dutch or French colleagues. You can quite quickly get used to the short run-offs that constitute many junctions, and somehow develop the ability to effortlessly go from 130 km/h to 50 in the space of 25 metres on a tight curve, but merging? 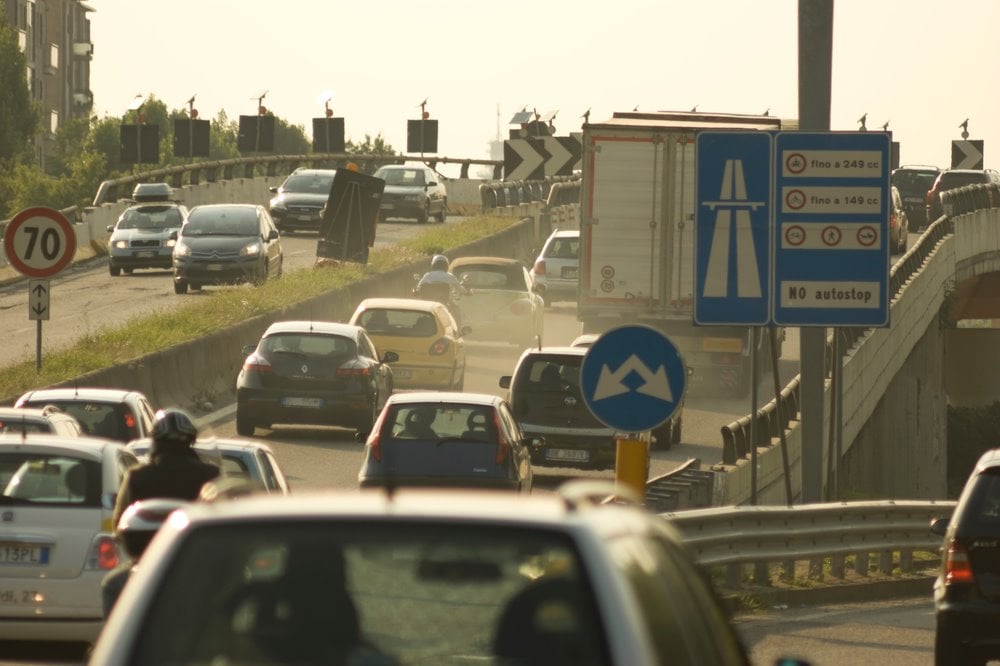 Near where we live they’ve built a super-duper new shopping centre. Years of planning, state-of-the-art facilities, excellent parking areas – but the only problem, and it is a big one, is the approach roads. As often happens out here you can have two or three lanes coming from one direction meeting two or three lanes coming from another direction, but to get to the shopping centre one set of traffic has to cross three lanes, while the other lot are equally trying to cross three lanes in the other direction. Chaos ensues.

Then immediately after you’ve navigated that, you have to perform a similar operation in the space of 100m to reach the one – I’ll say it again – one lane that enters the aforementioned shopping centre. Add in Italian speeds, lane discipline, wavering and mobile phones and this probably combines most of the above quirks into one handy, accident-inducing package.

I can’t give any tips on how to navigate this as it has to be experienced to be believed but, once you’ve made it through the mayhem, it’s best to park straight and within the lines – then head for a recuperative coffee, as you’ve earned it. 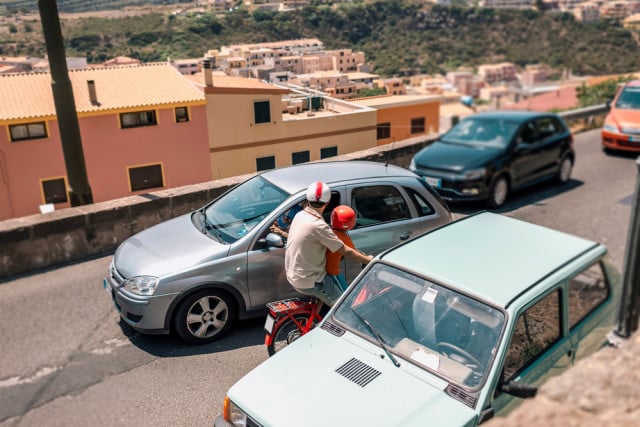 Go with the flow on Italian roads, especially in smaller towns. Photo: DepositPhotos

You may have your own entries into this list, as I’m sure it’s not exhaustive. I actually encountered examples of most of the above in a recent 40-minute journey from Perugia, and tomorrow may well yield an entirely different set of observations. And I could write a whole book if I based it purely on driving in Palermo.

But the one thing I know for sure is that this is how it is so, get used to it. There is no point trying to impose Northern European rules or getting frustrated as this is, quite simply, the Italian way. And when in Rome…

Gordon Craigie is a freelance feature writer and journalist who divides his time between Scotland and Italy. You can see more of his work at gordoncraigie.com.