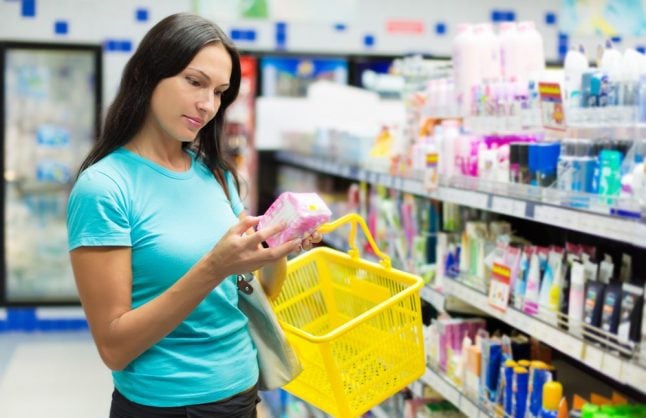 The Italian sales tax (IVA) rate on sanitary products will fall from 22 percent to ten percent under an amendment made to the government's fiscal decree, which was reintroduced to the budget plan on Thursday.

It’s a win for campaigners who’ve been calling for an end to female hygiene products being taxed at the 22 percent rate, saying it’s discriminatory to women.

The tax reduction will be introduced as part of annual tax amendments for 2020. The Italian parliament is currently discussing the details as it finalises the 2020 budget proposal.

Italy has a high tax rate on feminine hygiene products compared to most other countries in the EU, ranking 6th out of the 28 member states.

Under Italian tax law, the lower rate of ten percent is intended for products necessary for everyday life, while the higher rate of 22% applies to “luxury” goods like wine and cigarettes – at least in theory.

In practice however, it is not always clear why a certain tax rate is applied to some goods and not others

Last year's budget was heavily criticised for lowering taxes on the country's famous black truffles, while tampons continued to be slapped with the higher rate.

“Italy is this strange country where you can stuff yourself with truffles without being rich, but having periods is a luxury,” wrote Italian journalist and TV presenter Myrta Merlino on Twitter. “Do we have to wait for men to use them before we can finally lower VAT on pads?”

In some other European countries, period products are taxed at a lower rate or taxes on these products have even been abolished altogether — a move the European Parliament has encouraged among member states.

Germany is also moving to decrease tax on period products in its next budget.

Around the world, the tax rate on female sanitary products vary wildly. In Australia, a 10 percent goods and services charge is added, while 12 US states have so far removed sales tax from tampons and sanitary pads

In the UK, the rate was reduced to five percent back in 2000, while in Ireland no tax is applied at all.