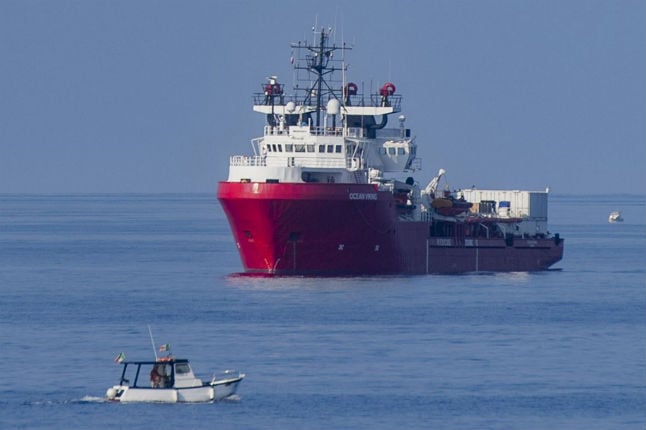 Several of the migrant ships were rescued by the Ocean Viking vessel. Photo: Alessandro Serrano/AFP
“In the span of 48 hours, at least nine boats carrying more than 600 migrants have been discovered on the central Mediterranean route,” which connects Libya to Italy, the International Organization for Migration said in a statement.
It added that “this apparent spike in departures” comes as Tripoli and the surrounding area face renewed heavy shelling.
IOM spokeswoman Safa Msehli said five of the boats were rescued by ships operated by two NGOs — Ocean Viking and Open Arms — and four others were sent back to Libya.
A tenth boat, with 74 people on board, reached the Italian island of Lampedusa on Thursday.
“IOM is deeply concerned about the safety of migrants who are vulnerable to clashes, human trafficking and abuse as the security situations further deteriorates,” the agency's chief of mission in Libya, Federico Soda, said in a statement.
Libya has been mired in chaos since a NATO-backed uprising that toppled and killed dictator Moamer Kadhafi in 2011.
The UN-recognised Government of National Accord is contested by a parallel administration in the east, backed by Khalifa Haftar.
Haftar launched an offensive on April 4 with his self-proclaimed Libyan National Army to take the capital, but the conflict's frontlines have moved 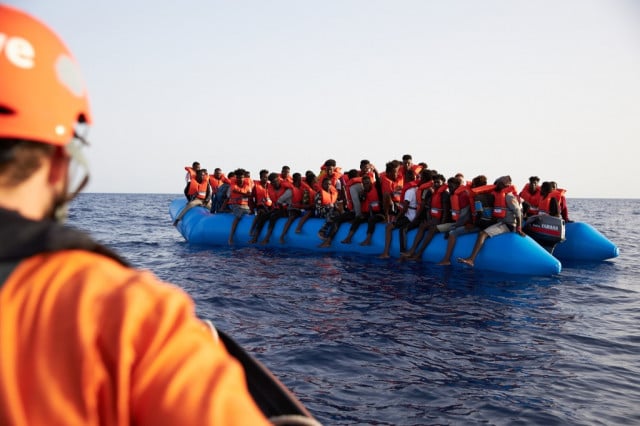