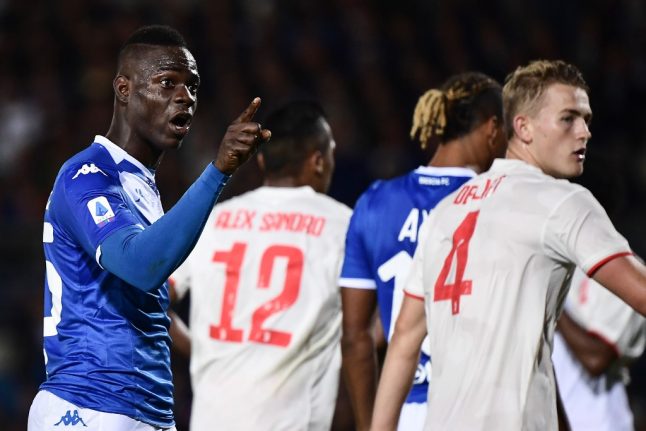 Mario Balotelli threatened to walk off the pitch recently saying he had been racially abused by "a handful of idiots". Photo: AFP

The letter comes in the wake of persistent racist chanting from the terraces of Italian stadiums that has disrupted a string of Serie A games.

The letter said that Italian football was ashamed and frustrated, but admitted that the clubs themselves had not done enough to stop the chanting.

Juventus revealed the letter of appeal, with both AC Milan and Inter Milan saying they had taken part in a working group to choose the wording.

“There is a serious problem of racism in our stadiums,” the letter states, using the word 'basta' (that's enough).

“We ourselves have failed to do enough to fight it and this season shameful images have been broadcast all over the world.

“In football as in life, nobody should have to suffer racist insults. We can no longer sit back and hope the problem goes away.”

It went on to propose a national debate on the matter and invited expert opinion on how best to tackle the problem.

Italian international Mario Balotelli threatened to walk off the pitch during a Serie A match with Verona, saying he had been racially abused by “a handful of idiots”.

FIFA chief Gianni Infantino made a plea to “kick racism out” of Italian football at a gala held in Italy in September after Fiorentina's Brazilian defender Dalbert Henrique asked the referee to halt play when he was abused by fans.

Inter Milan striker Romelu Lukaku was another high profile victim and after complaining, a group of his own club's fans sent him an open letter telling the Belgian that making monkey noises was not racist.